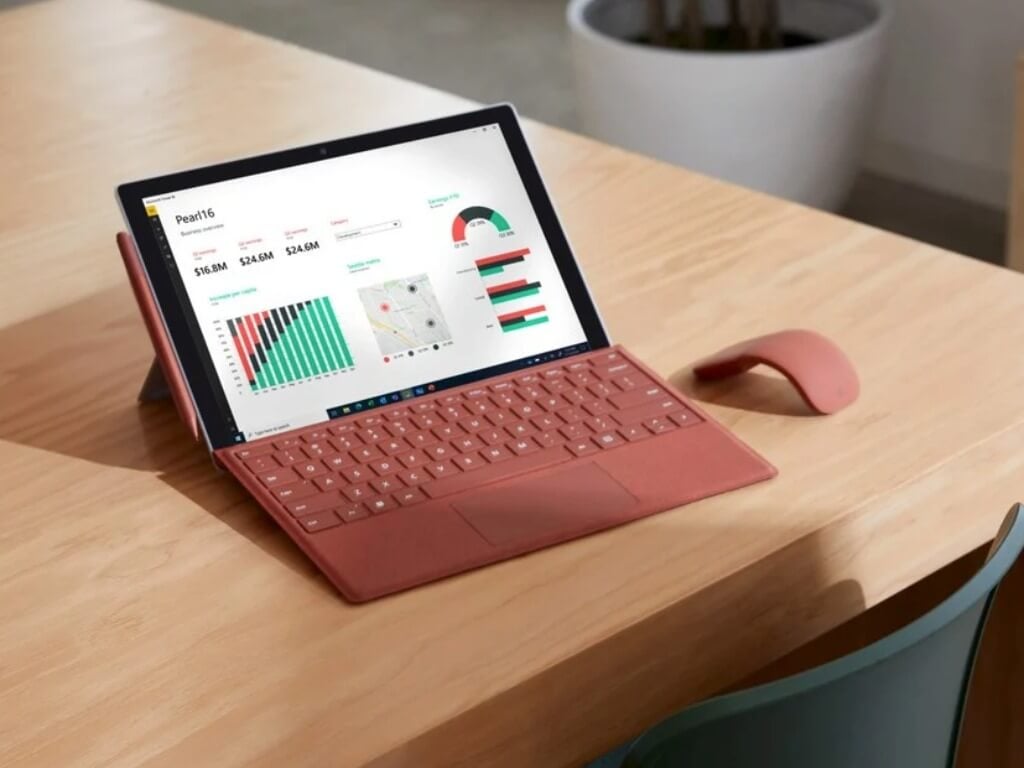 Microsoft has announced this morning a new version of its Surface Pro 7 tablet for Enterprise and Education customers named the Surface Pro 7 Plus. This new model keeps the familiar Surface Pro 7 design with the new USB-C port that was added last year, but adds Intel’s 11th Gen core processors under the hood, a removable SSD M.2 SSD just like on the Surface Pro X or Surface Laptop 3, as well as a bigger internal battery that should provide up to 15 hours of battery life.

The $899 base model will come with an Intel Core i3 processor, 8GB of RAM, and 128GB of storage. The Core i5 model with the same amount of RAM and storage will start at $999 ($899 for Education), and the Core i7 variants will start at $1,599 for the model with 16GB of RAM and 256GB of storage. Microsoft will also offer three Core i5 models with an optional LTE Modem, starting at $1,149. These LTE models replace the microSD car reader under the built-in stand with a nano SIM tray, but otherwise it’s the same selection of ports (1 USB-A port, 1 USB-C, 1 Surface Connect port, and a headphone hack).

Even though Microsoft isn’t calling this new model the Surface Pro 8, this new Surface Pro 7 Plus brings some significant changes under the hood. “We changed the inside quite substantially,” explained Robin Seiler, corporate vice president of program management for devices at Microsoft, in an interview with The Verge. “It actually required us to flip the internals in order for us to put the SSD here, so when we did that we also updated the TDM (Thermal Design Model) to create more space for a larger battery size.”

The Surface Pro 7 Plus will be available for Enterprise and Education customers starting January 15 in the US, Canada, Australia, New Zealand, the UK, and other European countries. Microsoft isn’t saying if the Surface Pro 7 Plus will eventually be available for consumers as well, though Seiler told The Verge that "this is simply an extension of a commercially-focused line.”