Microsoft has quietly launched a new preview version of its Microsoft Launcher for Android that early adopters can now download from the Google Play Store (via Aggiornamenti Lumia). This version 6.0 of the Android launcher has its own store listing, where Microsoft explains that it’s looking to "test brand-new early-stage features as we build an improved version of Microsoft Launcher.”

According to the software giant, the version 6.0 of the Microsoft Launcher comes from an entirely new codebase, which allowed Microsoft to introduce new features such as Dark Mode and Landscape mode, as well as some performance improvements. 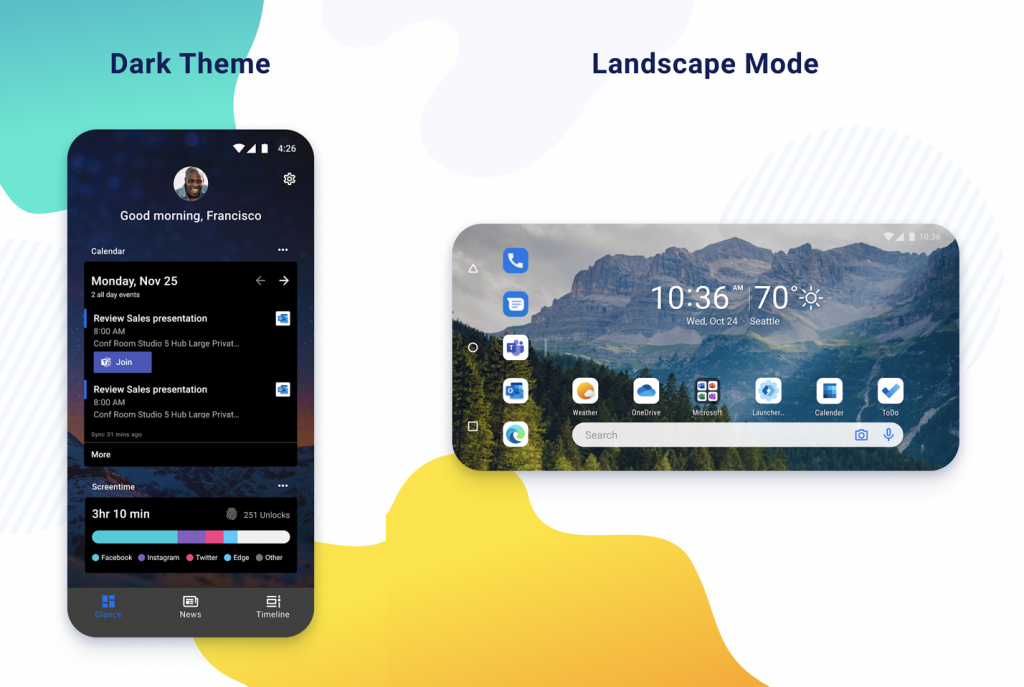 The current version of the Microsoft Launcher has already crossed 10 million downloads on the Microsoft Store, and it's certainly one of the most important apps Microsoft released on Android it recent years. The app integrates various Microsoft services such as Microsoft To-Do and Cortana, while providing a highly customizable home screen experience on Android. This new preview version of the Launcher is an exciting update, and the addition of landscape support makes sense ahead of the launch of Microsoft's dual-screen Surface Duo. Microsoft MVP Rafael Rivera also shared on Twitter some traces of hidden features, including Sharing via barcode.

Not sure if new, but there are resources for Sharing via Barcode, haven't found any tappable UI for that yet pic.twitter.com/wMYwv06RDA

If you running Android 7.0 or newer on your smartphone, you can download the public preview of Microsoft Launcher version 6.0 from the download link below. Stay tuned for our hands-on post coming very soon.