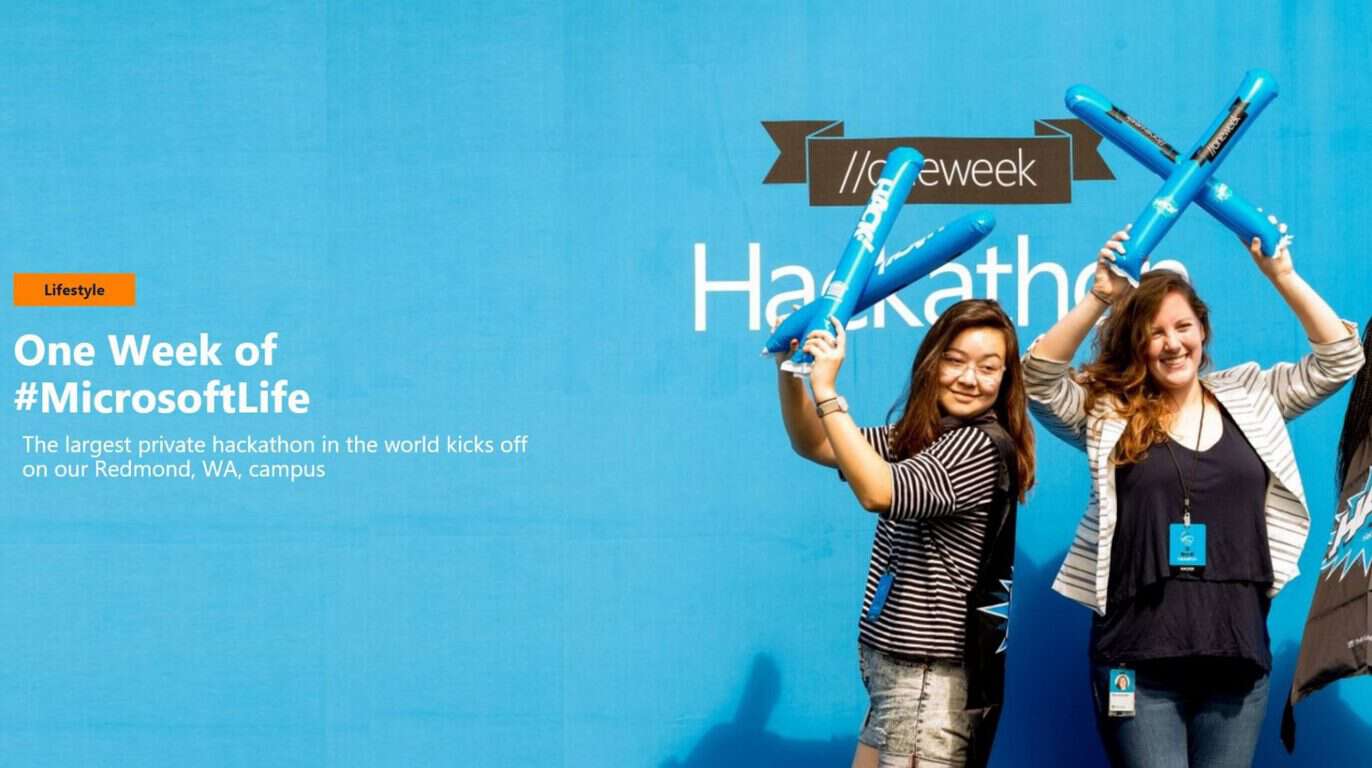 Microsoft employees today kicked off the company's annual //Oneweek festivities with a Hackathon. The Hackathon is being called the largest private hacking event in the world, and for the first time ever, is also bringing together select nonprofit organizations and Microsoft employees to come up with new ideas, and inventions which can make a difference and empower the world.

Running from July 24-28, //Oneweek is now entering its fourth year. The annual event invites Microsoft employees and interns to come out of their offices and day jobs and make difference in the lives of people and organizations everywhere. According to Microsoft, in last year's Hackathon, more than 3,800 projects were created by 16,000 employees from 139 cities across 74 countries.

After the three day Hackathon ends, there will be a Science Fair, which showcases the creations of Microsoft employees. In fact, some of the creations eventually ship out to consumers through the Microsoft Garage.

Another element of //Oneweek is the Expo, which gives employees a sneak peek at upcoming Microsoft products, services, devices, and technologies. Of course, there are also food, beverages, and treats for the employees to enjoy throughout the Expo.

You can keep up with the action during One Week by checking out the Microsoft Life Instagram. The page features some of the best posts from the event, including the foods, and more.

The Sims 4 coming to Xbox One this November, say reports