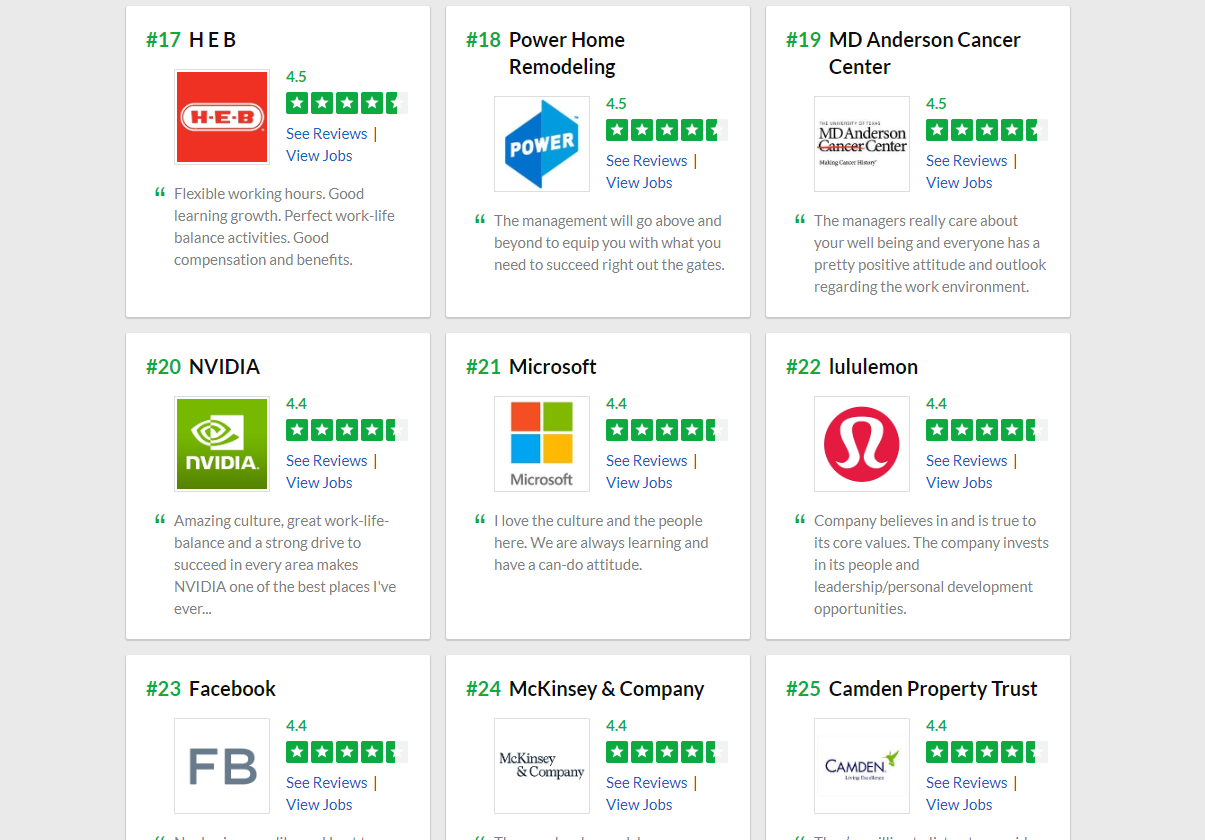 While tech companies such as Google, Facebook, Amazon, and Apple seemingly fight for the adoration of a common employee pool, it seems that perhaps the constant headlines, data privacy breaches, employee misconduct, and questionable ethical stances, are having an effect on their overall desirability.

According to a report from Bloomberg Technology, two of the most sought after companies in Facebook and Alphabet (aka Google), just a few years ago, have dropped out of the top 10 “best places to work,” in the U.S.

Using metrics and reviews from business professional review site Glassdoor and its annual rankings, it appears the echelon of coveted employment shuffles out with firms such as HubSpot, DocuSign, Ultimate Software wrangling it out for the top three positions while Microsoft has quietly moved up in the rankings from 34 to 21 in over the past year.

Microsoft’s past anti-competitive positions, rigid work conditions, stack rankings, and exploitative contracted work culture have presumably contributed to it middling rank among desirable places of employment, however, it seems that CEO Satya Nadella along with some significant corporate restructuring have been able to mitigate past perceptions of the company.

As for Facebook, which previously took the crown as “best place to work” three times over in the past decade now finds itself two spots below Microsoft at 23 and despite a public perception built on seemingly amazing perks, benefits and conveniences, Google now finds itself out of the top ten spots for the first time in eight years. Even tech darling Apple has found itself slipping in the review polls from being within the top 25 to now resting at 84 this year and could be edging closer to sharing a common demotion like Amazon, which has failed to make the list going on twelve years running.