Microsoft is working on better Incognito Mode privacy for Chromium and Edge - OnMSFT.com Skip to content
We're hedging our bets! You can now follow OnMSFT.com on Mastadon or Tumblr! 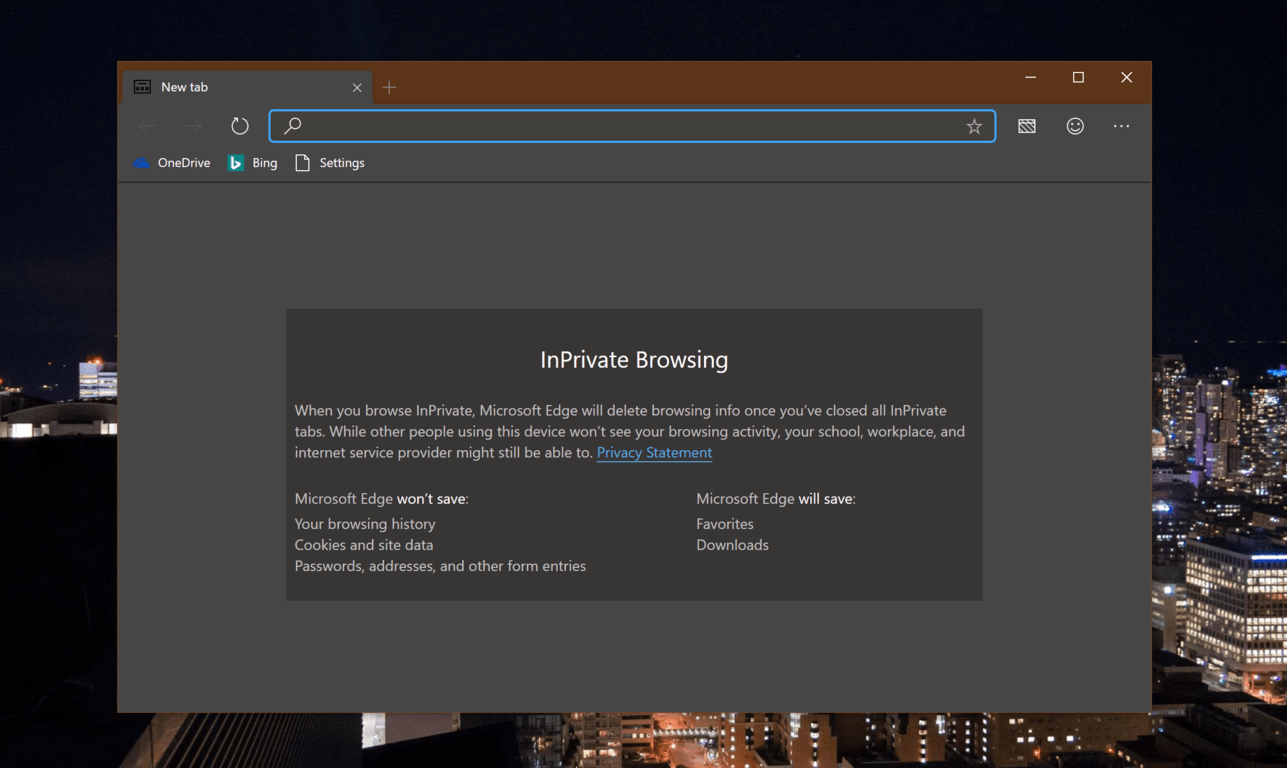 Microsoft is looking to make the Incognito mode in all Chromium-based browsers, including its own Edge offering, more respectful of users’ privacy. According to a recent Chromium commit from Microsoft spotted by Windows Latest, Microsoft has suggested a change that would keep all keyboard input done in Incognito mode completely private, meaning it wouldn’t be used by the browser for text prediction and other intelligent features using personal data.

“On Windows 10, we should use IS_PRIVATE input scope if user is in ‘incognito’ or ‘guest’ mode because we don’t want input service to provide text intelligence for private data,” a Microsoft employee commented in a Chromium bug report. As of today, the Incognito mode web browsers such as Microsoft Edge or Google Chrome forces these browsers to not save browsing history, Cookies and site data and Information entered in forms, but this mode doesn’t disable some intelligent feature such as text suggestions.

Microsoft announced last year its intentions to become a significant contributor to the Chromium open source project, and the company also wants to improve scrolling performance in all Chromium-based browsers. That doesn't mean that the software giant wants its own Chromium-based Edge browser to be too Chrome-like, and Microsoft is actually planning to replace several Chrome features with its own in-house solutions.