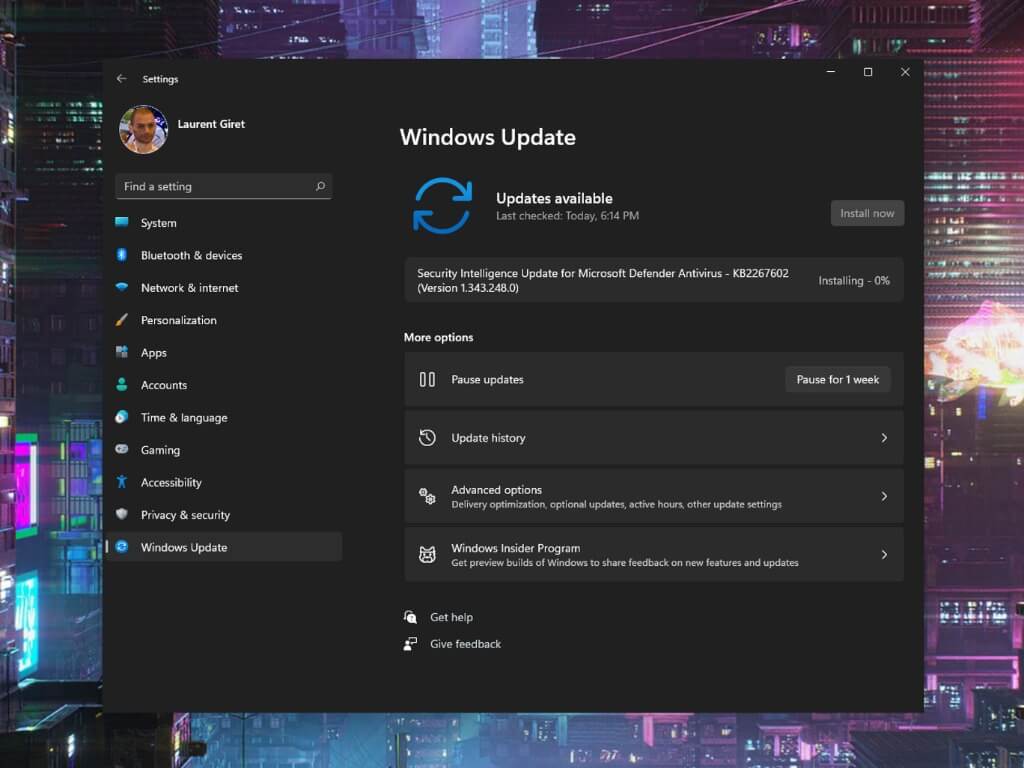 Microsoft has released the first Windows 11 preview build earlier this week, and some testers including our colleagues at gHacks have noticed that the OS can now provide estimations on how much time OS updates need to install. Microsoft employees have since confirmed that the new feature is currently only available for select Insiders, but it should definitely be a welcome addition if the estimations prove to be accurate.

According to gHacks, the system may still need some work. While Windows 11 indicated an ETA of 5 minutes for installing an update on one of their PCs, they noted that the actual update only took "about a minute and ten seconds for the update to install, and boot to the home screen.”

Brandon Paddock, Principal Software Engineer in the Windows Cloud Services & Experiences team at Microsoft also confirmed on Twitter that the new feature is powered by machine learning. "We’ll also be iterating on the predictive model based on feedback and telemetry to refine it over time,” Paddock tweeted. Microsoft’s Panos Panay announced during Microsoft’s recent Windows event that Windows 11 updates would be 40% smaller, so maybe the company's algorithm isn’t completely up to date yet.

Surprisingly (maybe) tricky problem! We’ll also be iterating on the predictive model based on feedback and telemetry to refine it over time.

As you may know, Windows users have been complaining for years about Windows users disrupting their workflow, and even though Microsoft added new settings like active hours to give Windows 10 users more peace of mind, there’s still some room for improvement. Do you think Windows 11 being capable of giving ETAs for OS updates will be a step in the right direction? Sound off in the comments below.

New Black Screen of Death has been spotted on Windows 11