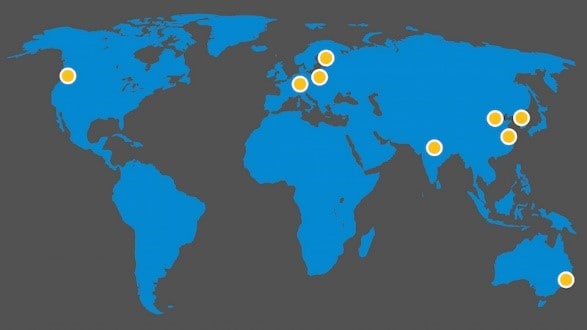 Microsoft wrapped up its Build 2017 developer conference in Seattle last week, but the company is already getting ready to hit the road and meet more developers all around the word. That’s right, the company is bringing back the Microsoft Build Tour this year, which will kick off next month with a first stop in Shanghai, China.

In total, Microsoft will visit the following seven countries in June:

This year, Microsoft wanted the tour to be a two-day event, except for Munich (June 12) which will be a single day, session-focused event. On the first day, you can expect a keynote and many demo-driven sessions focusing on all the developer tools that Microsoft announced at Build 2017. On the second day, you’ll have the opportunity to join Microsoft developers for full day hackathon.

Last but not least, attendess will be able to have a hands-on demo with the first Windows Mixed Reality headsets that will ship to consumers later this year. Seating will be limited, so hurry up to register for the location of your choice on the dedicated website.