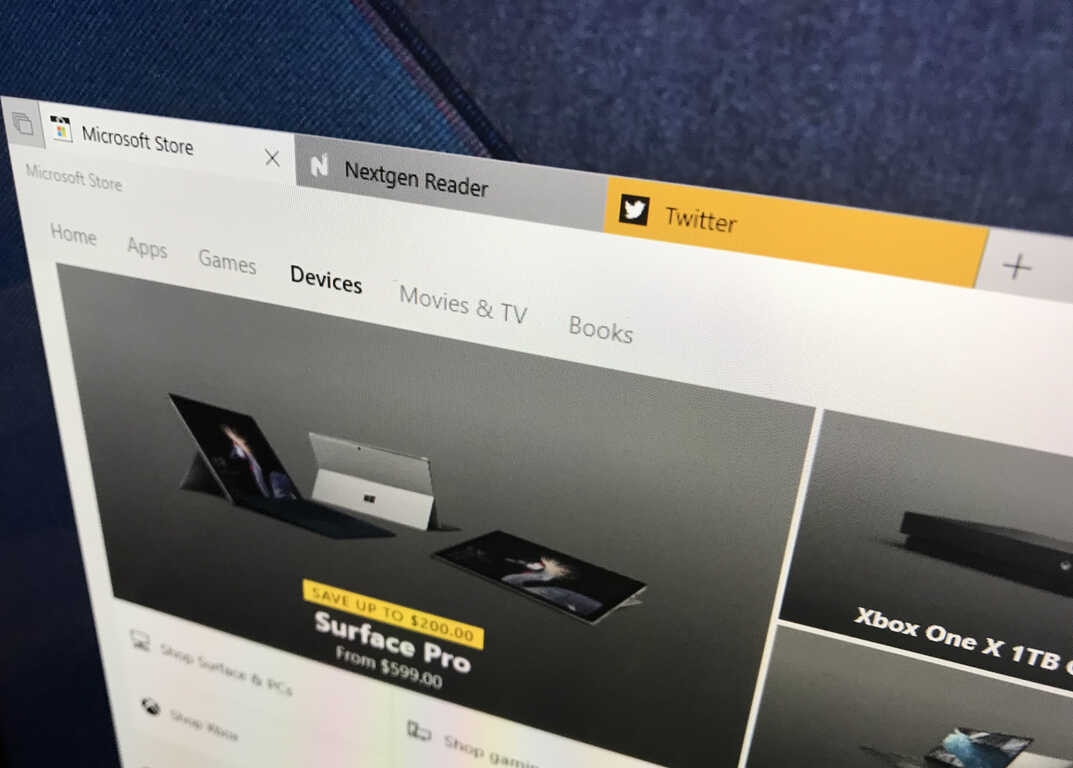 Microsoft first introduced a way to bring tabs to File Explorer and other parts of the Windows with Sets, a Windows Insider feature that first appeared in RS5 build 17618. It then disappeared in build 17704, with the company taking it "offline" to improve the user experience while "continuing to better integrate Office and Microsoft Edge into Sets." At that time, Microsoft promised that "Sets will return in a future WIP flight," but we haven't heard much if anything about Sets since.

In the meantime, of course, Microsoft subsequently announced that it was rebuilding Edge using Chromium, which as it turns out affects a lot more than just the browser. We haven't heard anything definitive as to how or when Microsoft will remove EdgeHTML, which runs lots of OS shell level experiences in Windows 10, including Sets, or what will replace it. Users, however, are still clamoring for a tabbed experience, and one of them asked Rich Turner from Microsoft about it last Friday:

The Shell-provided tab experience is no more, but adding tabs is high on our to do list.

One interesting note to Turner's response is in calling Sets etc. a "shell-provided" experience, perhaps hinting that the future of OS level tabs will work differently, which it almost by definition will have to as Microsoft eventually removes EdgeHTML from Windows.

For now, if you're waiting for tabs in File Explorer, you're going to have to continue to wait. How Microsoft replaces EdgeHTML in Windows 10 is a much bigger issue than replacing EdgeHTML with Chromium in a browser, and we haven't heard specifics of how that is going to work. At least now we have some indication that tabs will be returning, so that's good news.

Windows 10 news recap: AdDuplex to shut down Windows 10 ratings app AppRaisin, Microsoft Edge will switch its user agent string depending on the website being visited, and more