Microsoft is revamping Xbox Game Pass Quests so you can earn even more Microsoft Rewards points - OnMSFT.com Skip to content
We're hedging our bets! You can now follow OnMSFT.com on Mastadon or Tumblr! 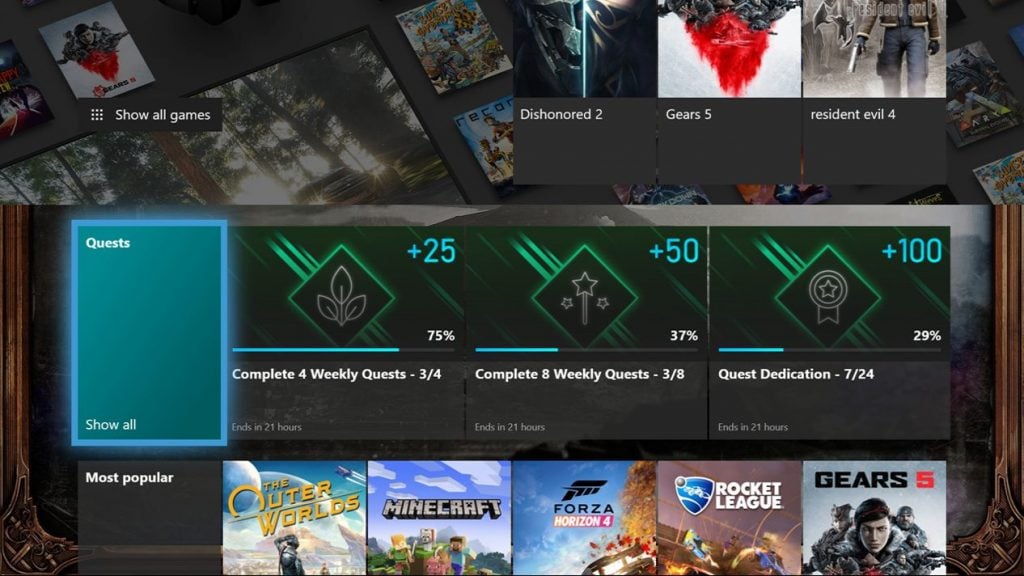 Playing your favorite games and earning achievements on Xbox One is about to become much more interesting. Microsoft has just announced a new chapter in the Xbox Game Pass Quests program, which now allows its members to earn Microsoft Rewards points for playing the Game Pass titles they already own and love.

The preview of these revamped Xbox Game Pass Quest starts today and will last all the way through December 19, 2019. For the time being, only Xbox Insiders with a current Xbox Game Pass or Xbox Game Pass Ultimate subscription will be able to try them.

Anyway, as the name implies, the improved program works via the Xbox Game Pass tab on Xbox One. However, it now moves away from just rewarding gamers for completing achievements in specific games. You can now earn points in the following ways, in any Xbox Game Pass game. Notifications will also appear when you complete a quest, prompting you to claim your points.

This Xbox Game Pass area will also show a list of Quests, and you can complete them by following the tasks outlined for each. For now, progress can only be tracked, and points can only be claimed on Xbox consoles. However, Microsoft is planning to upgrade the Xbox Game Pass mobile app so it could do the same, sometime this week.

Do you think these revamped Xbox Game Pass quests will be a good incentive for spending more time playing games on your Xbox One? Sound off in the comments below.