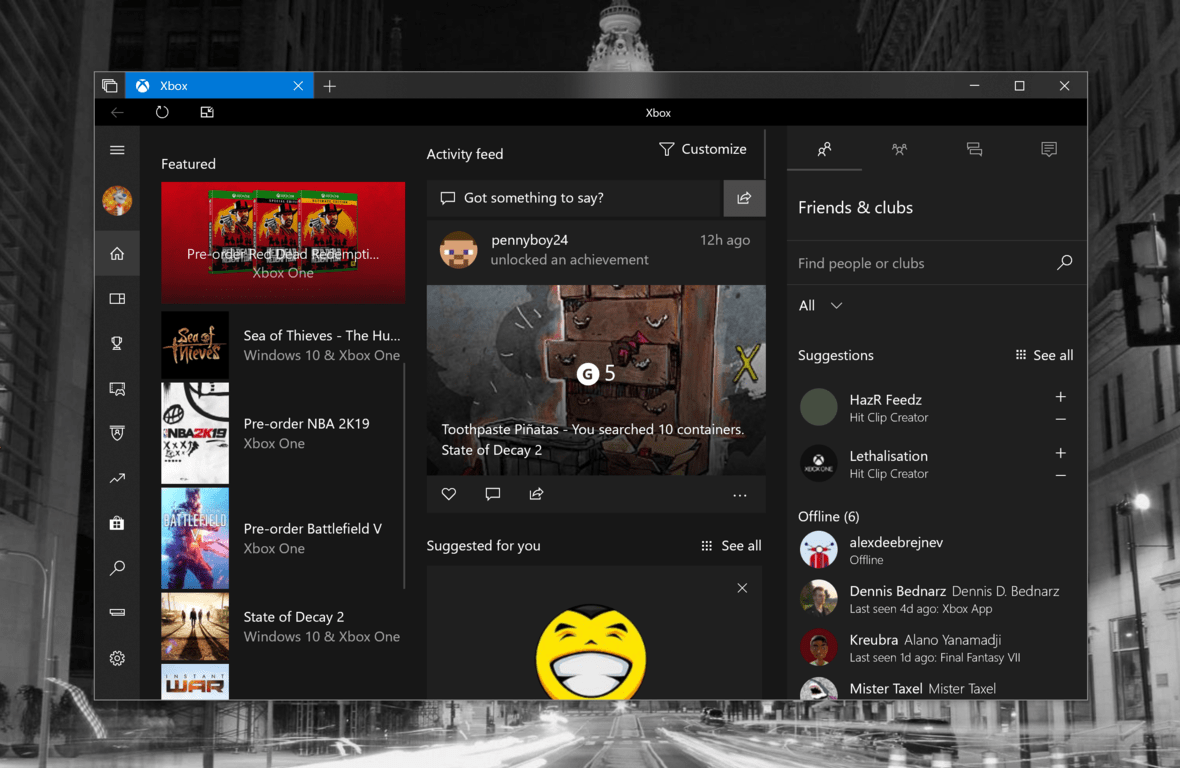 Microsoft’s E3 2018 press briefing brought a lot a exciting news for Xbox fans this week, including the acquisition of five new studios, new Halo and Gears of War games, as well as the confirmation that new Xbox consoles plus a game streaming service are currently in development. The latter is pretty much the continuation of Microsoft’s work to make Xbox an ubiquitous platform, as we saw with Xbox Play Anywhere games and the Xbox app for Windows 10 PCs.

As of today, the Windows 10 Xbox app really pales in comparison to Valve’s Steam client, which still remains the platform of choice for hardcore PC gamers. Indeed, the UWP Xbox app is pretty slow and hard to navigate, and being forced to use it to form your crew on games like Sea of Thieves isn’t really the best experience for PC gamers.

Fortunately, Microsoft is aware that it needs to do better with its Xbox UWP app. During a Gaming for Everyone panel at E3 2018 this week, Xbox head Phil Spencer said that the Xbox team will change its approach towards Xbox integration on Windows 10 (via The Verge) :

You’ve probably seen us slow down on some of the progress we’ve made on some of our apps, and some other things because we’re reworking how we’re thinking about the PC audience to try to be more reflective of the PC community that’s out there instead of trying to pull people into the things that come from the console space.

This rethinking of the Windows 10 Xbox app was confirmed in a separate interview that Corporate Vice President at Xbox Mike Ybarra gave to Windows Central this week. In it, the exec said that we may see some progress on that front before the end of the year:

We absolutely are focusing on it, and back with the reorganization last year, this is something we looked at. We're putting more people onto our PC side, and it's not taking away from console… We are seeing growth on our PC space, from a store standpoint, including UWP. We absolutely are focused on addressing the biggest feedback points in an aggressive way. You'll see some announcements around those areas in the next three or four months.

It probably won't be easy to create a UWP-based experience that works as well as the desktop versions of Steam and Discord, but it's good to know that Microsoft is listening to the feedback from PC Gamers to make better integrate its Xbox platform on Windows 10. Hopefully, this will also lead to some improvements to the Microsoft Store, which remains a pretty clunky solution for downloading the large game files that have now become the standard.