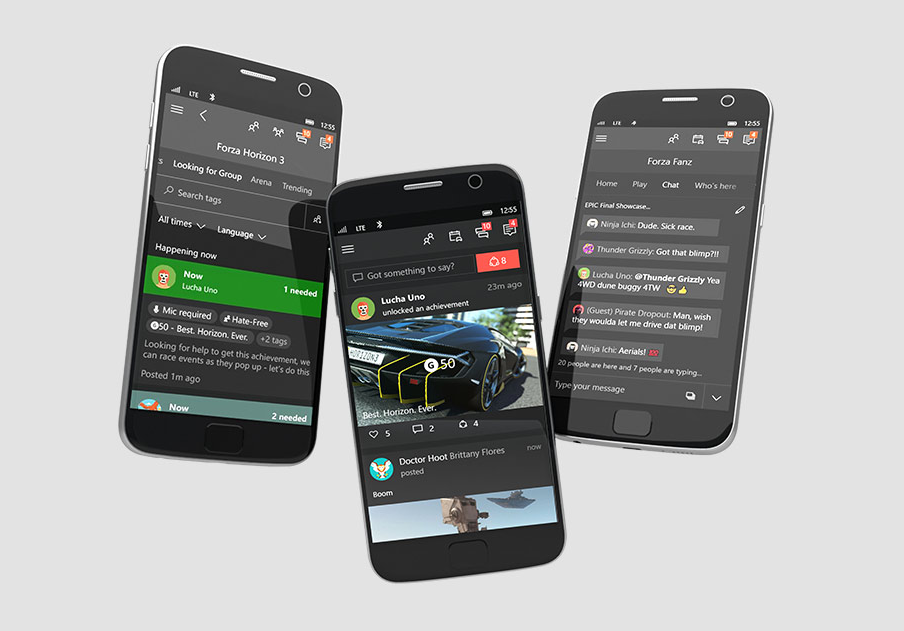 Microsoft could be working on a new Xbox app for iOS and Android devices that has been rebuilt from scratch, according to a report from Windows Central. The report includes mock-ups of what the new Xbox app could look like, and it does look quite different with a new bottom navigation bar that replaces the current hamburger menu.

The app is said to be in early stages of development, and it’s currently missing several features social features including the Activity Feed and Xbox Live Clubs. Still, the overall design looks to be more in line with the Xbox Game Pass Pass for mobile devices, which also uses a bottom navigation bar.

As of today, the Xbox app for iOS and Android can be used to chat with friends on Xbox Live, check your Activity feed, see your latest achievements, and purchase games from the Xbox Store. The app can also act as a remote for your Xbox One console instead of using your Xbox controller. It may have become a bit bloated and slow over the years, and maybe the upcoming launch of the Xbox Series X will be a good opportunity for the Xbox team to rethink its mobile strategy.

Microsoft Teams now can communicate with Skype, here's how to enable