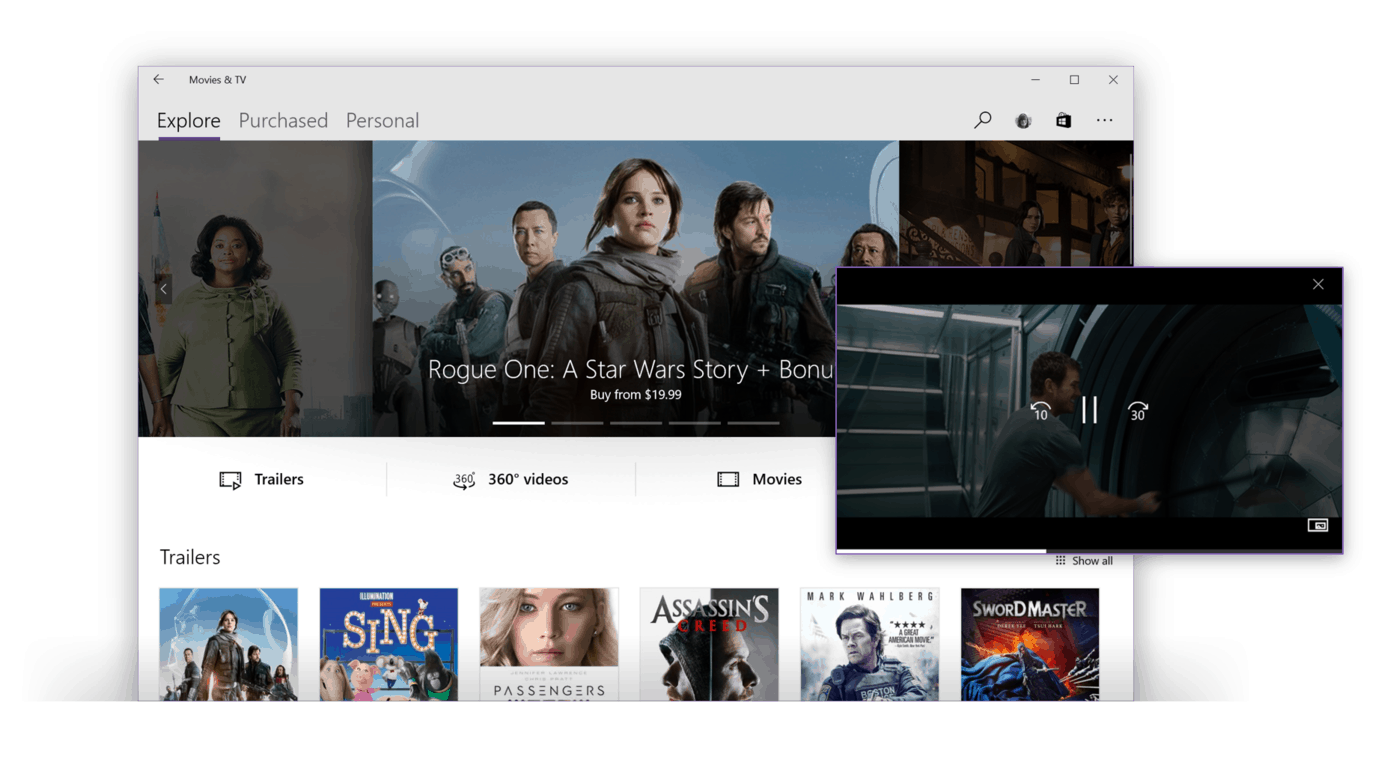 Microsoft's Movies & TV service, which is currently exclusive to Windows 10, Windows 10 Mobile, and Xbox consoles via the Microsoft Store could soon become available on the most popular mobile platforms. According to a report from Windows Central, the Redmond giant has already started developing dedicated apps for iOS and Android, which may well drive more consumers to buy digital movies and TV shows on the Microsoft Store.

As the world is moving towards subscription services like Netflix and Amazon Prime Video, you may think that Microsoft is once again really late to the party. However, there are still many consumers who prefer to own digital media, and the Microsoft Store, iTunes, and other digital storefronts still offer some video content you can't find on subscription services.

Microsoft making its Movies & TV service more ubiquitous is really good news, especially after the company stopped selling music on the Microsoft Store last year, and also deprecated its Groove Music apps for iOS and Android soon after. Movies and TV shows are probably more important for Microsoft because of its Xbox consoles, which many owners use to consume digital content.

A couple of months ago, Microsoft also confirmed that its Movies & TV service could also soon join Disney's Movies Anywhere. For those unfamiliar, this is a free digital locker that centralizes all eligible movies purchases from iTunes, Google Play, and other participating services. Getting Microsoft's Movies & TV on board could be exactly what the service needs to go from niche underdog to respectable player.

July Xbox One Update now rolling out, complete with FastStart, Groups, and more