If you have been recently experiencing YouTube playback errors on all versions of Microsoft Edge, you’re not alone. Microsoft has confirmed that many Microsoft Edge users have been encountering error messages when trying to play YouTube videos with the AdBlock (Plus) or Adblock extensions installed in their browsers, and said that it is working on a fix.

According to Microsoft, the problem is apparently caused by a conflict between the AdBlock Plus browser extension and Microsoft Edge which potentially causes problems when loading videos on YouTube. As it turns out, the playback error is experienced on both Windows and macOS platforms, and Bleeping Computer notes that it is also affecting other browsers including Brave and Google Chrome. 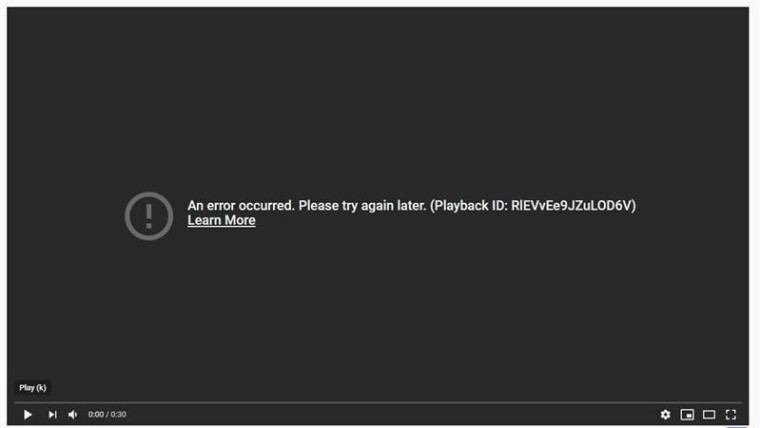 We hope that a hotfix should arrive rather sooner than later, but for now, the only workaround is to disable the AdBlock extensions and then refresh the page. To help Microsoft Edge developers resolve the bug, Microsoft invites you to submit your feedback by heading to Edge Menu > Help and Feedback > Send feedback.

We'll keep an eye on the progress for this problem and let you know when a fix is available. Have you noticed the error on your PCs? Sound off in the comments section below.