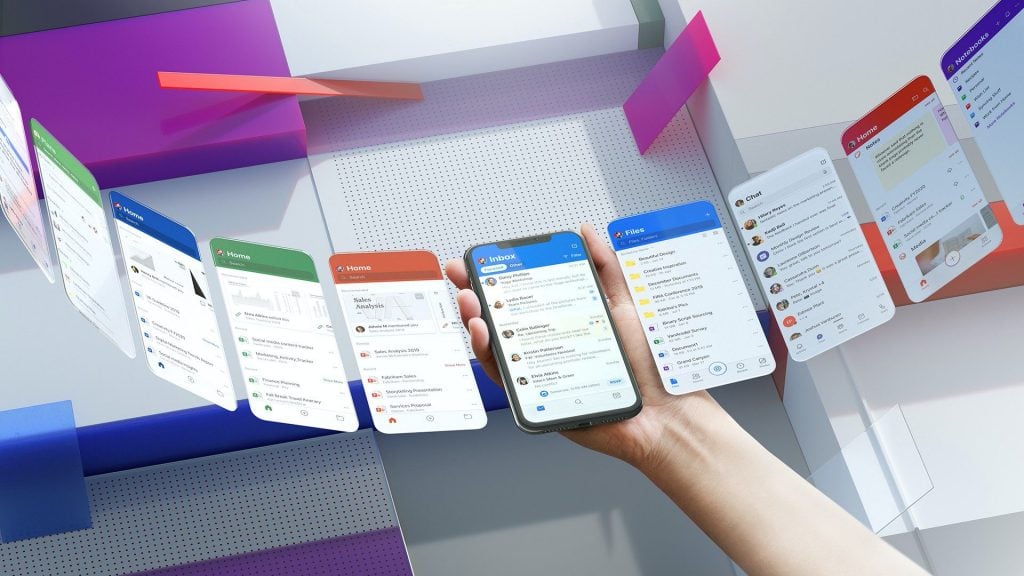 Microsoft is redesigning its core Office apps for Android and iOS devices, including Word, Excel, PowerPoint, Outlook, and OneDrive to match its design language that was introduced in Windows 10 in 2017.

The tech giant has introduced the new Office icons earlier this year, and has announced redesigned apps with improvements to icons, ease of use, and overall aesthetics to greatly improve the experience. The company has already recently designed Outlook on iOS, and OneDrive will additionally receive the new Fluent design elements including new icons and other improvements. The biggest changes come to Word, Excel, and PowerPoint, which will bring recommended, recent, and pinned files onto a single main screen in its upcoming Office mobile app.

According to a Medium post from the company’s head of Office design Jon Friedman, the new Fluent look also aims to increase productivity of mobile users, almost all of whom tend to frequent their phones for very brief amounts of time. To help with this increasingly fragmented work, the company put research in mobile-first and mobile-exclusive markets such as India and China to see how it could maximize productivity during these brief bursts.

Microsoft has already introduced a number of features to accomplish this. Recently, the company introduced Play My Emails to allow users to listen to their emails on the go. Older features including Office Lens allow users to scan documents and tables and import them straight into OneDrive for easy editing. The aim is to allow people to increase productivity as much as possible during these brief “microtasks”.

On addition to coming to Office apps, Microsoft is also bring the mobile UI toolkits that have been developed by a team of more than forty designers to everyone at Microsoft. And Microsoft's apps won't be the only ones that will be able to benefit from the new mobile design language—it’s also sharing its toolkit with any external developers and app designers who’d like to use them for their own apps.

What do you think about the new Fluent Design for mobile devices? Can you see its use in increasing your own productivity during you brief amounts of time on your phone?