Microsoft is apparently testing showing ads to non-Office 365 subscribers in its Windows 10 Mail app - OnMSFT.com Skip to content
We're hedging our bets! You can now follow OnMSFT.com on Mastadon or Tumblr! 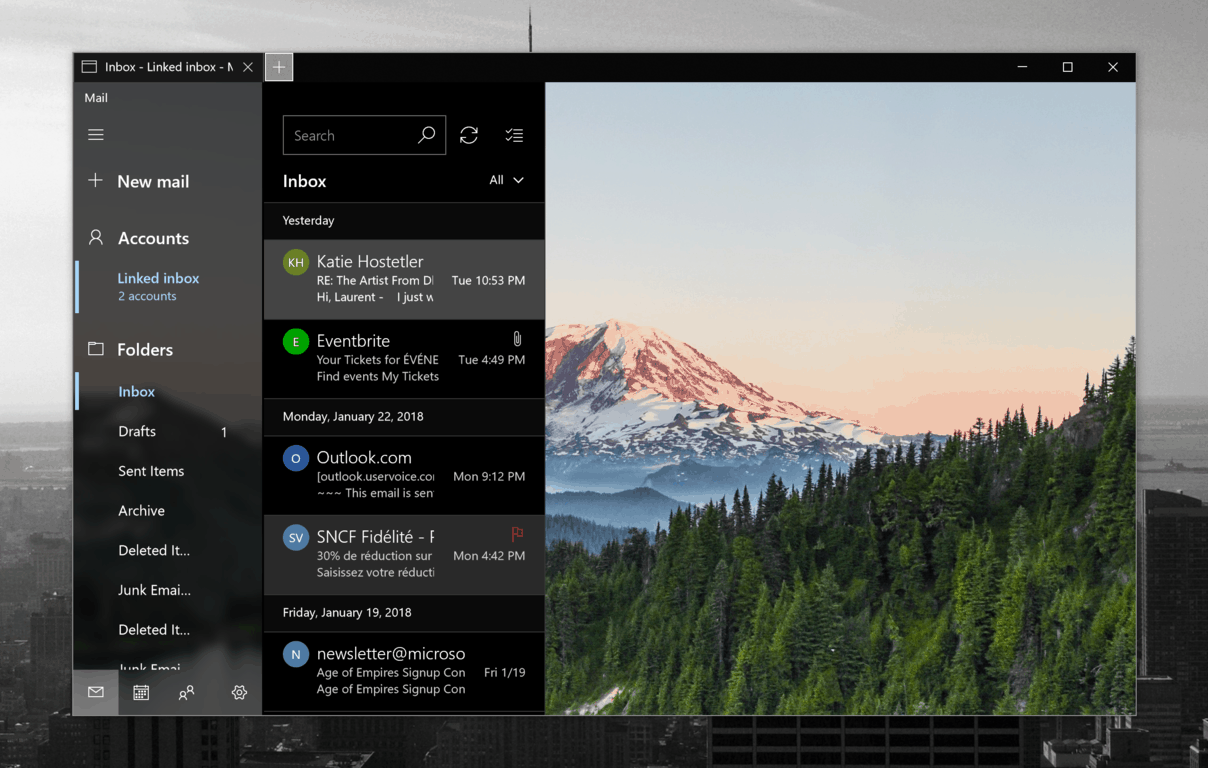 Microsoft could soon show ads to users of its Windows 10 Mail who don’t have an Office 365 subscription. Italian blog Aggiornamenti Lumia spotted a banner ad in a new version of the app that shipped to Insiders, but the banner apparently only shows up in the “Other” section of an email Inbox with the “Focused Inbox” feature turned on.

Bad news: Mail for #Windows10 is getting ads for non-office 365 subscribers! https://t.co/xDELzAClJq pic.twitter.com/gXkQXab5Wr

A pop up window in this version of Mail for Windows 10 explains that users can get rid of ads by subscribing to Office 365. As a reminder, Microsoft’s Outlook.com email service also offers an ad-free experience to Office 365 subscribers, and this was previously one of the features of Microsoft's now-deprecated Outlook.com Premium service.

This isn’t the first time that we see Microsoft making one its stock Windows 10 apps slightly inferior for average users. The company did the same with its Photos app, which requires an Office 365 subscription to unlock all 3D effects, music and text styles in the "Story Remix" feature. Other apps like Office Mobile also require an Office 365 subscription for editing on devices with screens bigger than 10 inches.

It's not clear yet if the ads in Windows 10 Mail is just an experiment with select Insiders, but we guess a lot of users of the app probably won't be happy to see ads in their email inbox. Do you think this is a good strategy to push more consumers to subscribe to Office 365, or a step too far? Sound off in the comments below.

Edge wins an Emmy for helping to standardize HTML5