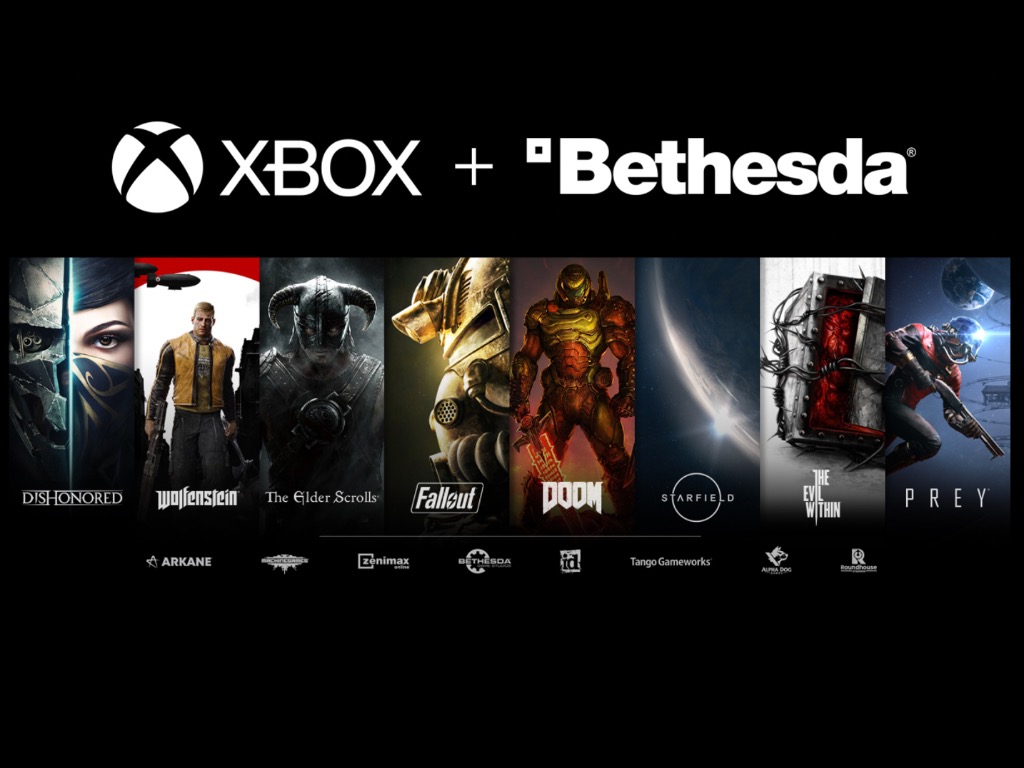 Microsoft is kicking of this new week with a blockbuster acquisition that could supercharge its Xbox Game Studios division. Indeed, the company has entered into an agreement to acquire ZeniMax Media, home of Bethesda Softworks, the major video game publisher behind The Elder Scrolls, Fallout, Wolfenstein, and DOOM, for $7.5 billion. Microsoft acquired several AA studios two years ago including Ninja Theory, PlayGround Games, and Undead Labs, but Bethesda is true juggernaut in the gaming space that will bring several critically acclaimed IPs right into the Xbox Games Studios portfolio.

Commenting on the acquisition news, Xbox head Phil Spencer recalled that Bethesda released some iconic games on PC over the years and also was an early Xbox supporter. "Our teams have a close and storied history working together, from the amazing first DOOM, and its id Tech engine, innovating games on PCs to Bethesda bringing their first console game to the original Xbox, the groundbreaking The Elder Scrolls III: Morrowind. Over the years I’ve had many deep conversations with the creative leaders at Bethesda on the future of gaming and we’ve long shared similar visions for the opportunities for creators and their games to reach more players in more ways.”

Bethesda was also an early believer in Microsoft’s Xbox Game Pass subscription service, bringing many of its AAA games to Xbox Game Pass for PC and console since the service launched three years ago. "We will be adding Bethesda’s iconic franchises to Xbox Game Pass for console and PC. One of the things that has me most excited is seeing the roadmap with Bethesda’s future games, some announced and many unannounced, to Xbox console and PC including Starfield, the highly anticipated, new space epic currently in development by Bethesda Game Studios,” Spencer said today.

Bethesda joining Xbox Game Studios will do great to help Microsoft deliver AAA games for its Xbox Game Pass subscription service. "We look forward to empowering them with the resources and support of Microsoft to scale their creative visions to more players in new ways for you,” Spencer also said about Bethesda today. If the company owns several beloved gaming IPs, it’s not clear yet if the next Fallout, Wolfenstein, Doom games will be Windows 10/Xbox exclusives and skip Sony and Nintendo consoles entirely. Ironically, Deathloop, an upcoming Bethesda game developed by Arkane Studios will be a timed exclusive on PlayStation 5.

Once ZeniMax Media and Bethesda join Microsoft, the company's portfolio of first-party game studios will grow from 15 to 23, making Microsoft one of the biggest PC and Console developers. Overall, The Redmond giant will add over 2,300 employees coming from Bethesda Softworks, Bethesda Game Studios, id Software, ZeniMax Online Studios, Arkane, MachineGames, Tango Gameworks, Alpha Dog, and Roundhouse Studios. The company expects the acquisition to close in the second half of fiscal year 2021, which will end at the end of June of next year.