As Microsoft’s new Chromium-based Edge browser will be available in a stable version next month, Microsoft announced today that all developers can now submit extensions for the web browser. There are already more than 100 browser extensions available on the Microsoft Edge Addons website, which is accessible through the new Edge, but Microsoft is hoping to get many more ahead of the browser’s general availability in January.

As you may now, the new Edge is already compatible with extensions built for Chromium, but it doesn’t work with EdgeHTML-based extensions. Microsoft won’t be accepting legacy (EdgeHTML-based) extensions after tomorrow, December 17, 2019, and the software giant is inviting developers to update their existing EdgeHTML extensions for Chromium and publish them via the Partner Center Developer Dashboard to provide a smooth transition for consumers about to migrate to the new Chromium-based Edge. 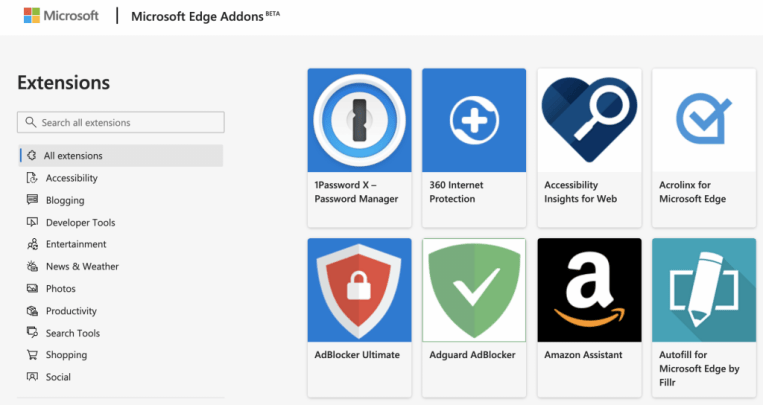 “We will migrate users’ extensions from the current version of Microsoft Edge when they update to the new Microsoft Edge (starting January 15th). Extensions will only be migrated for users if they are already available on the Microsoft Edge Addons store at the time of switching to the new browser,” the company explained.

The “old” Edge, which was only available on Windows 10, never really got a significant number of browser extensions. Consumers also had to install them via the Microsoft Store, which wasn’t really an intuitive experience compared to the web-based extensions stores for Google Chrome and other web browsers. It will be interesting to see if more developers start adding their apps to the Microsoft Edge Addons website, but if they don’t, Edge users will still be able to install Chromium extensions from other places.