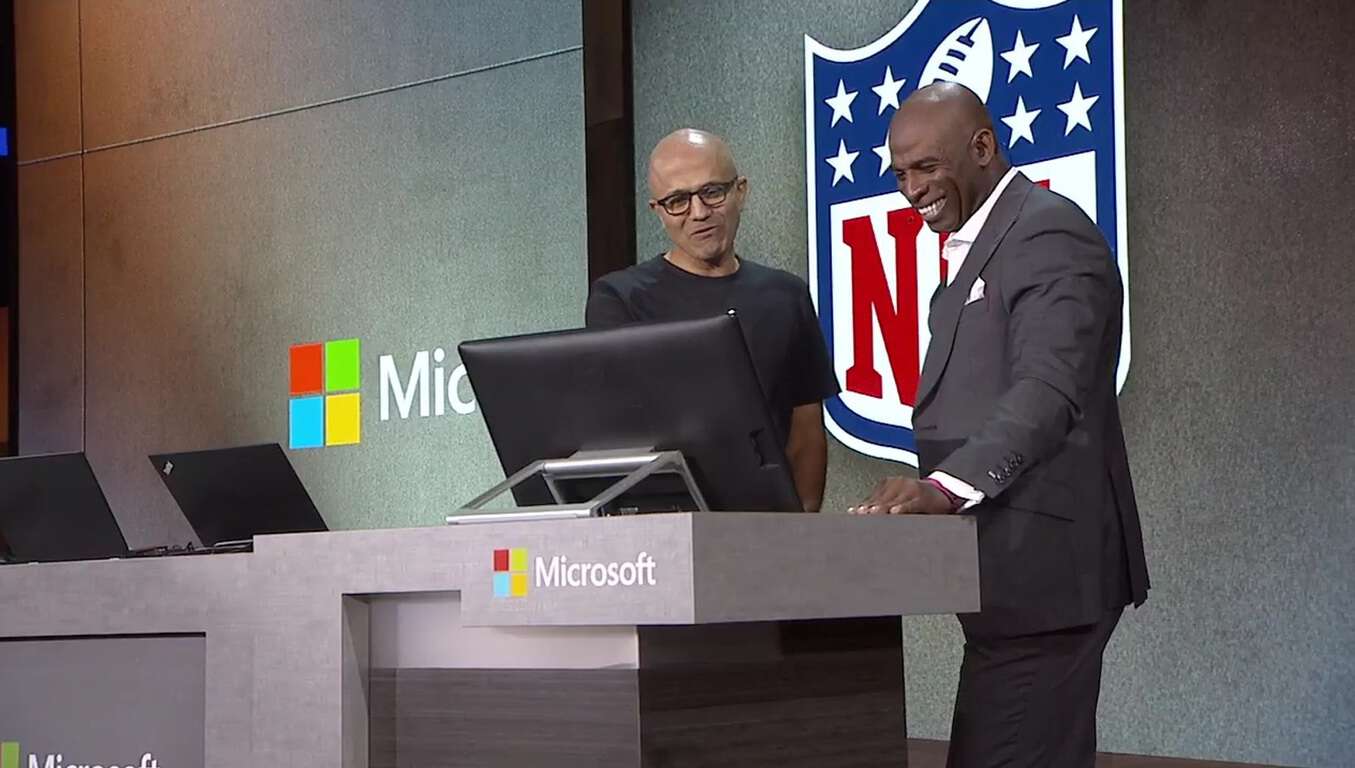 While much of Microsoft’s Ignite 2016 conference has focused on the company’s future in machine learning, artificial intelligence and business focused endeavors, there was still room to squeeze in a little water-cooler fun with the announcement of an NFL Fantasy Football Bot. Satya Nadella introduced Deion Sanders on stage during his Innovations Keynote to introduce a new tool for American football fans.

Aside from workspace gossip and intra-company news, some employees (particularly in the US) love to bet on things. Office pools for promotions, the NCAA tournament and especially Fantasy Football are among some of the top workplace activities that employees enjoy participating in, and Microsoft appears keen on that notion.

Other Skype Fantasy Football Bot features in-app comparisons, analysis of weather conditions as well as a walkthrough of how fantasy points are applied all of which occurs in the app.

For those questioning the legitimacy of Skypes Fantasy Football Bot predictions, former player and NFL Hall of Fame receiver/cornerback Deion Sanders was brought out on stage to demonstrate and validate the bot's accuracy. While the former player and current analyst Sanders didn’t agree with everything the Fantasy Football app had to offer, much of the bot's predictions were in line with his own.

Unfortunately, neither Microsoft CEO Satya Nadella, Dion Sanders, nor the NFL had a date of release for the bot.

Once again, the Skype messaging app shows off its potential but leaves users waiting for its implementation. Hopefully, the Skype Fantasy Football Bot gets in users hands before their fantasy teams are beyond salvageable.