Microsoft today announced they have taken OneDrive security to a new level for consumers by integrating Windows Defender into OneDrive Files Restore. This new feature is designed to further protect users from ransomware attacks by directly identifying breaches and prompting for a restore of files to a previous state via OneDrive.com.

You must have an Office 365 Home, or Office 365 personal account to try this out, and a OneDrive restore alert should automatically appear once Windows Defender removes the ransomware. The feature is actually rolling out today to Windows Insiders and will be coming to all users running the Windows 10 April 2018 update in a few weeks. 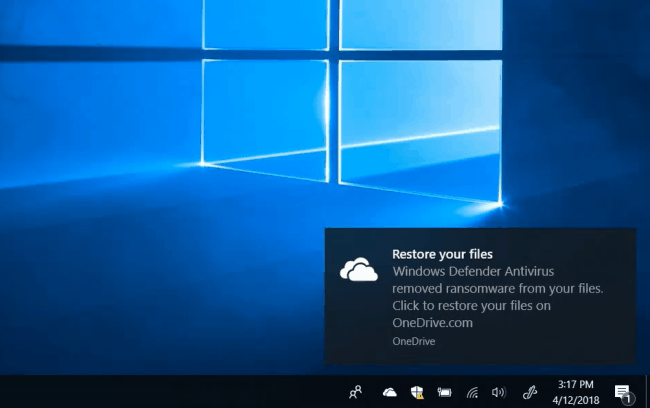 This is definitely interesting, hinting that Microsoft knows ransomware is a problem for both consumers and businesses alike. It also proves that the cloud is the place to be since cybercriminals can’t easily get to your cloud backups. Learn more about the security features included in Office 365 Home and Personal by checking here.

GWG: Super Mega Baseball 2 and Streets of Rage now free on Xbox One