HoloLens 3 is dead and the team is “inflamed” with Microsoft partnership with Samsung on new headset, says report

Microsoft turned heads when it first introduced HoloLens, and it even launched a second generation of the mixed reality headset back in 2020, but it looks as though the line might as well be dead. That’s all according to a report from Business Insider (paywalled) which highlights the state of disarray and uncertainty within the HoloLens Team.

Per the report, citing insiders, Microsoft has scrapped its plans for what would have ended up as the HoloLens 3 towards the middle of last year. It also has apparently agreed to partner with Samsung on a new mixed reality device, causing the HoloLeans team to feel “inflamed.” Even worse, sources say to the publication that Microsoft is hesitant to give up its own HoloLens display technology, and Samsung apparently told Microsoft that it’d rather better for Microsoft to make the software and them the hardware.

Even with that so, Business Insider claims that it spoke to 20 employees from the HoloLens team, all of which talked about “described confusion and strategic uncertainty.” Different factions within Microsoft are apparently arguing about the directions of HoloLens. Some think it should be more about Microsoft’s hardware and supporting existing enterprise users and the military, and others think it should be for building software for the metaverse and consumers. 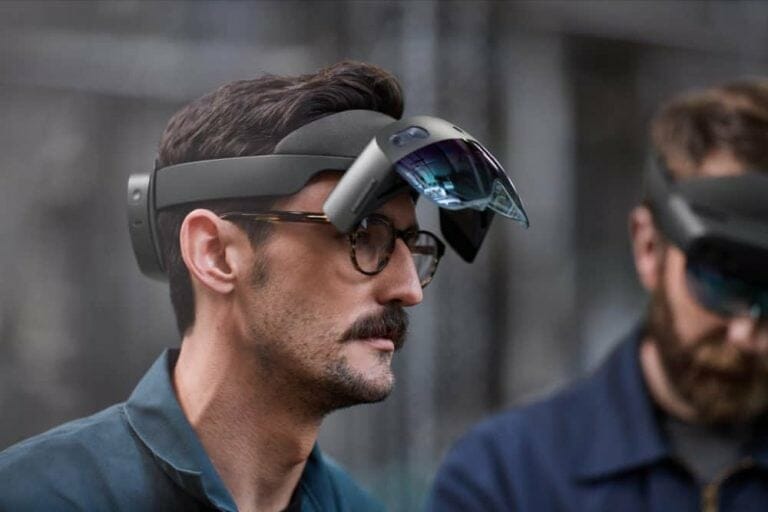 Even Chief Marketing Officer Chris Capossela reportedly doubted HoloLens and called it a “rounding error” to Microsoft’s business, and just “a nice gadget for promotional videos” during an all-hands meeting. As for Microsoft CEO Satya Nadella, insider sources tell Business Insider that he wants Microsoft to make software for the metaverse, regardless of who is making headsets or hardware, just like Windows.

Microsoft’s Frank Shaw, though, mentioned to the publication that HoloLens “remains a critical part of our plans for emerging categories like mixed reality and the metaverse.” He also went on to mention “we remain committed to HoloLens and future HoloLens development.”

As for the early days of HoloLens, the Business Insider report indicated that Microsoft basically let Alex Kipman and Kudo Tsunoda get away with anything. An insider told the publication that the “sky was the limit” back then, but says now, executives are more focused on HoloLens generating businesses and revenue.

Microsoft is going big on Microsoft Mesh as part of its vision for the Metaverse, and with HoloLens 3 now being dead, it will be interesting to see how it can fill the gap. Microsoft recently came off hiring an ex-Apple executive to work with its Mixed Reality team, and HoloLens chief Alex Kipman has still been hesitant about consumer versions of HoloLens, saying that the tech was not ready. It seems as though things are now very much foggy, so let us know what you think in the comments.