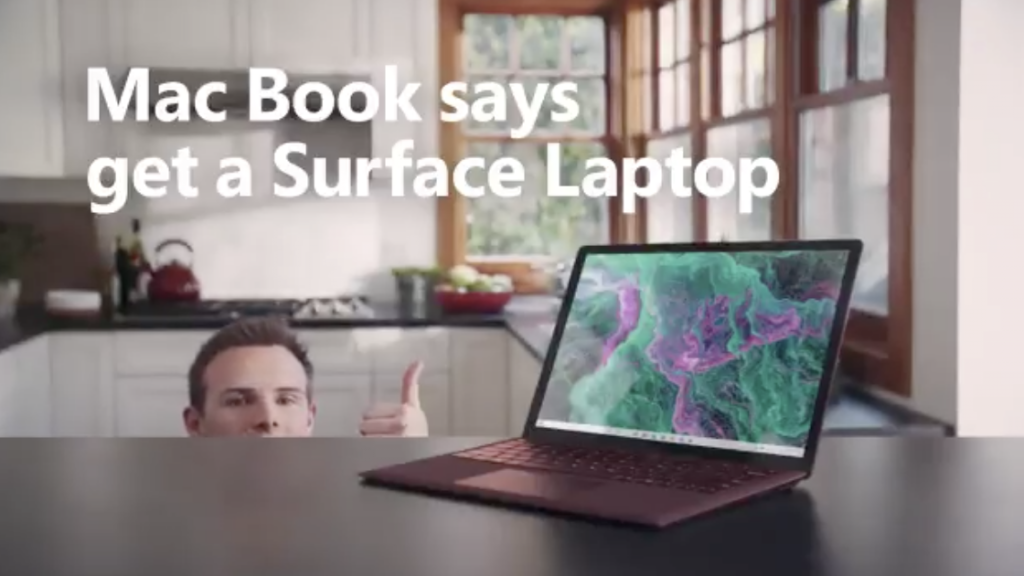 If you thought Microsoft was done doing ads where it compares its Surface devices against Apple products, think again. A new video ad for the Surface Laptop 2 has been leaked by Twitter user WalkingCat today, and we’re not sure yet if it’s actually funny or just embarrassing.

For this ad, Microsoft has found a real person named Mackenzie Book, or “Mac Book.” This person goes to compare the Surface Laptop 2 with a MacBook Air on some criteria including battery life, performance, and touch screen (which the MacBook Air lacks). As you can expect, Mac Book says that the Surface Laptop 2 wins on all aspects, and the ad ends with him saying. “You should get a Surface, trust me, I’m Mac Book.” If that's not a strong enough argument to make you buy one, we're really at a loss for words.

Truth be told, these ads seem like something from the Ballmer era, though they're not as desperate as the "Scroogled" campaign that Microsoft did to criticize Google products. To be fair, Apple also mocks its competitors from times to times, but since the "I'm a Mac" era, this usually happens during keynotes to get some laughs from a conquered audience.

Do you think this is a funny ad from Microsoft, or do you think the company really doesn't need anymore to put its hardware against Apple products to sell them? Let us know below.