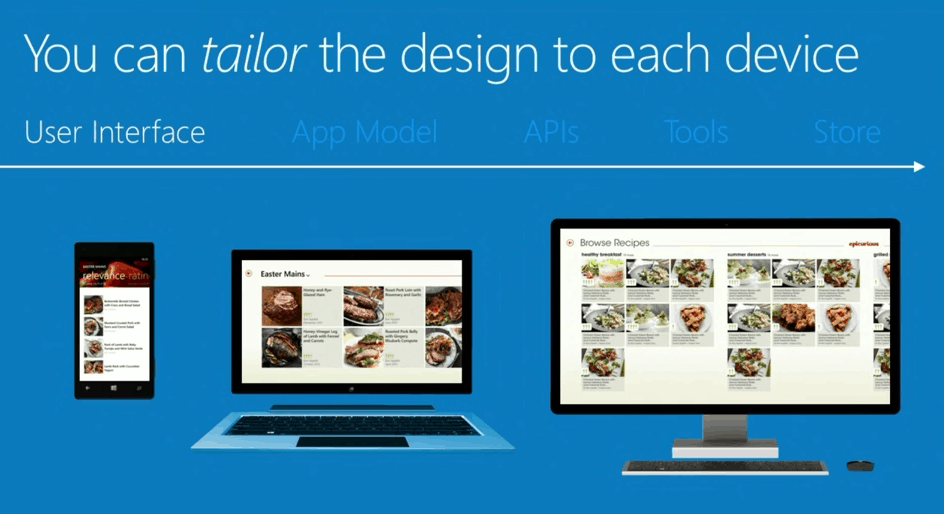 One of the things Microsoft talked about most extensively during the last two days of Build 2016, has been about the Universal Windows Platform (UWP) and why it is great for developers. The presentation about developing UWP apps have now been released as a video on Channel9.

In the presentation, Microsoft Group Program Manager Andrew Clinick goes over the UWP App Model - the first-ever concrete model for developing apps on Windows - in great detail, from how they are packaged and installed, how they store data and state, background process and multitasking capabilities, to lifecycle, navigation model, and uninstallation. UWP apps can be installed from any source, be it web, side-loaded and so on, so they will not work any different from win32 aps, with the added advantages of manageability in tasks like uninstallation - long been a nightmare to execute properly for any legacy Windows programs.

Apart from the core information about Universal windows Platform apps, Clinick also talks about Windows Store for Business, an overview of Project Centennial - Microsoft's bridge for building UWP apps from desktop apps - a demonstration of the new "connective device platform", as well as brief mention of Xamarin among others. Also introduced is the new Project Rome that provides a framework for adding in extensions to a UWP app: in fact, Edge extensions will be built using this framework. With the new UWP, Microsoft has also simplified multitasking for more battery efficient apps.

Microsoft is putting in a lot of effort to ensure that UWP is a proper evolution of legacy programs, and it shows. With all the capabilities being added, UWP apps are getting ever more powerful, with the same potential for expandability and ecosystem building. Developers can take advantage of UWP right away with the also-introduced Desktop App Converter to turn programs into apps, and we can’t wait to see more awesome UWP apps in the future.

Microsoft is not giving up on Windows Phone, according to marketing exec

Next version of Cortana coming to India this summer