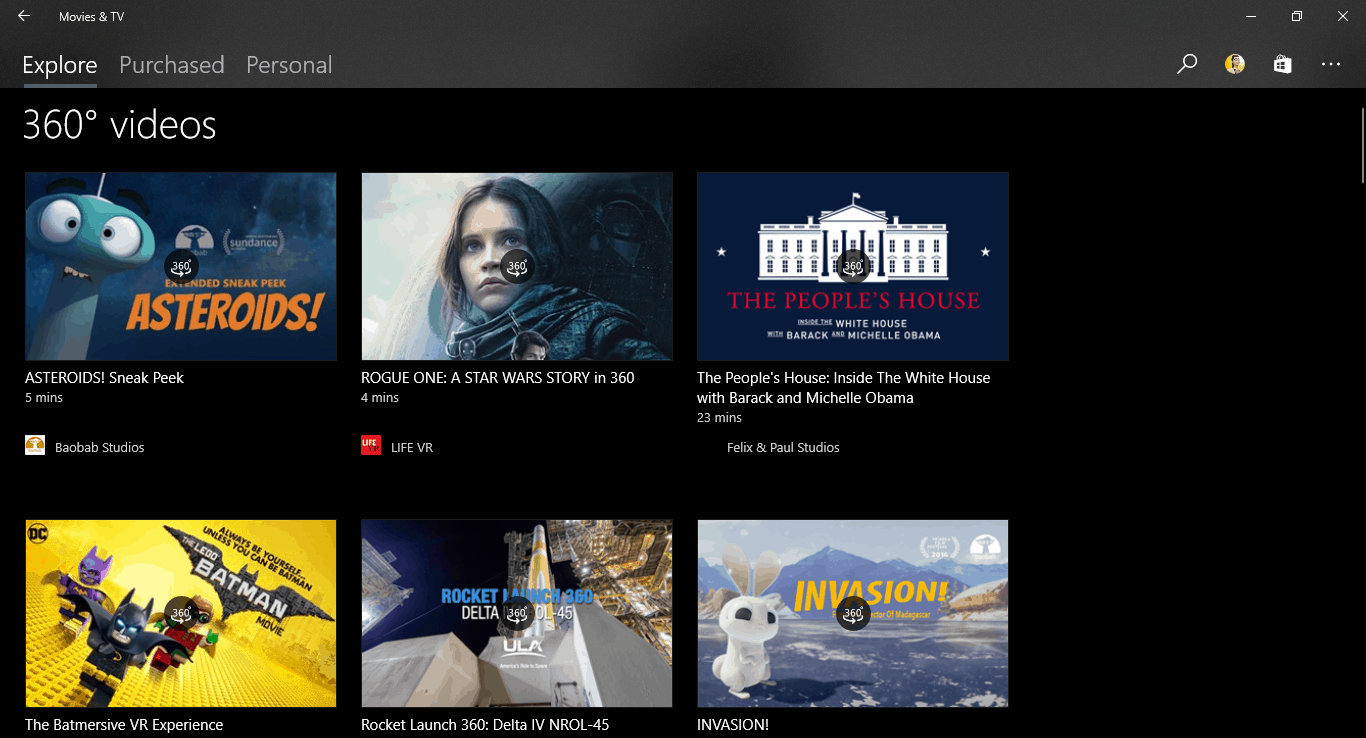 One feature that hasn’t seen much light since its announcement in the Windows 10 Creators Update earlier this year has been the implementation of 360-degree videos. Microsoft released a short blog today reminding users about the feature in the Movies & TV app and how to access it.

Users can gain a virtual look around recorded 360-degree content with a pre-made library of videos ranging from cinema to documentaries. Not only are users able to check out these videos, but they are also able to make their own 360-degree immersive content with supporting devices.

To do so, launch the Movies & TV app and click on the 360-degree videos section. If you’re using a mouse and keyboard, you can look around just by dragging. But the feature goes full hands on with mobile and tablet use where you can turn the device physically in the direction you’d like to see.

360-degree videos give you a chance to see locations and events in a different perspective, such as the Obama curated White House tour available through the app. Later this year, Microsoft also notes that users will be able to experience mixed reality entertainment.