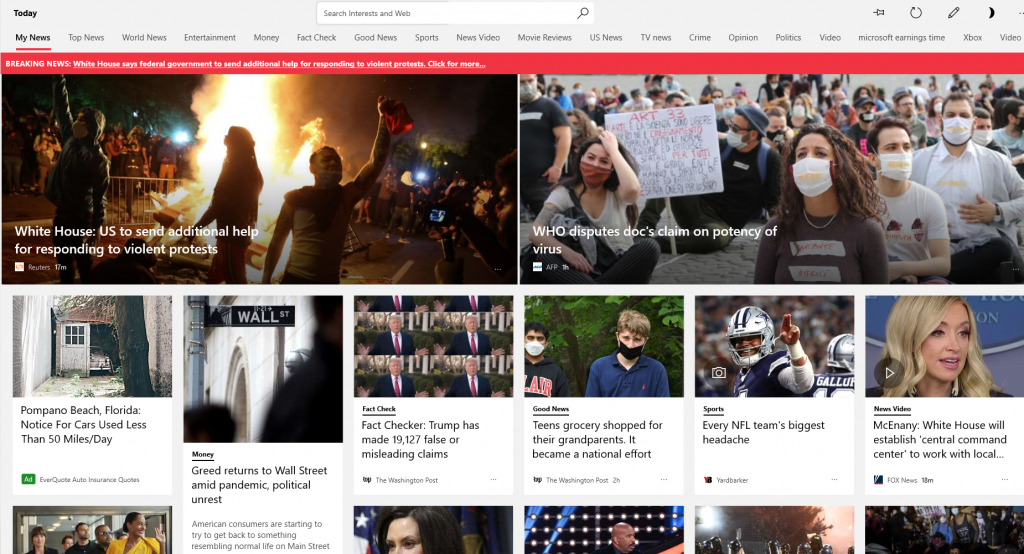 Just as thousands of protestors take to the streets to become amateur videographers and journalists with footage captured on their smartphones and commentary posted to social media sites such as Facebook and Twitter, Microsoft has opted to shutter dozens of its own dedicated journalists and editors in favor of AI curated content.

Perhaps as a late-in-week news dump effort, Microsoft's layoffs were originally reported by Business Insider on Friday. According to BI's reporting, Microsoft is shelving up to 50 jobs across the US and UK in the company's Search, Ads, News Edge (SANE) departments. The shift to AI curated content will affect news on MSN.com, Microsoft's Edge browser and the separate Microsoft News related apps.

While the loss of 50 jobs is unsettling in a time of unprecedented unemployment and a global pandemic, Microsoft has reported that it had around 800 editors across the globe a little over two years ago.

A Microsoft spokesperson followed up the news with the below response,

“Like all companies, we evaluate our business on a regular basis. This can result in increased investment in some places and, from time to time, re-deployment in others. These decisions are not the result of the current pandemic.”

Microsoft's push toward utilizing artificial intelligence to curate news follows a growing industry trend of leaning on AI to build upon efficiency and address product scale. Prior to Friday's news, Microsoft had already been using AI to some capacity to help its human editors surface news that would ultimately go through a machine learning and human editing process, now it seems there are just fewer humans in the editing chain.