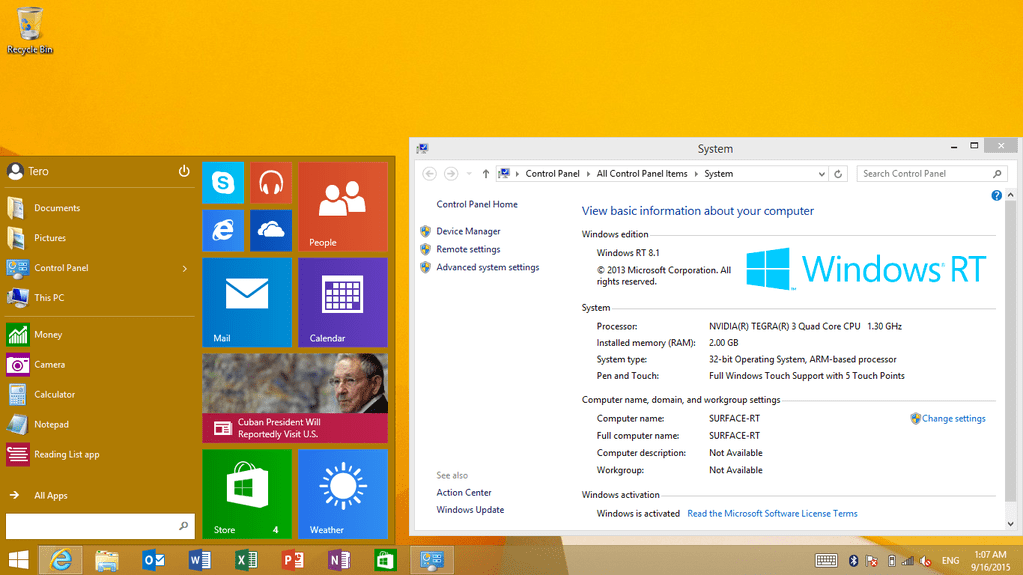 Windows RT 8.1 Update 3 is expected to be the last major update for Windows RT users, as Microsoft has confirmed that Windows 10 will not be coming to Windows RT as the platform is essentially dead.

If you can’t see the update yet, give it time as the update is still propagating, let us know below what you think about the new Start Menu and other changes below. In order to get the Start menu, simply install the updates that were released today and right click on the taskbar, select properties, and enable the Start Menu.