Numerous Reddit users have noticed something pretty cool this morning; Microsoft has been hiding $10 gift certificates in their recent emails sent out to those who have opted in to receive updates and newsletters.

None of these emails actually inform the reader of their present. Instead, the gift certificates only reveal themselves when the reader clicks on a graphic in the email such as one of a squirrel or, in this case, a Christmas tree. You can see an example of such a graphic in this screenshot taken of a Reddit user's email. 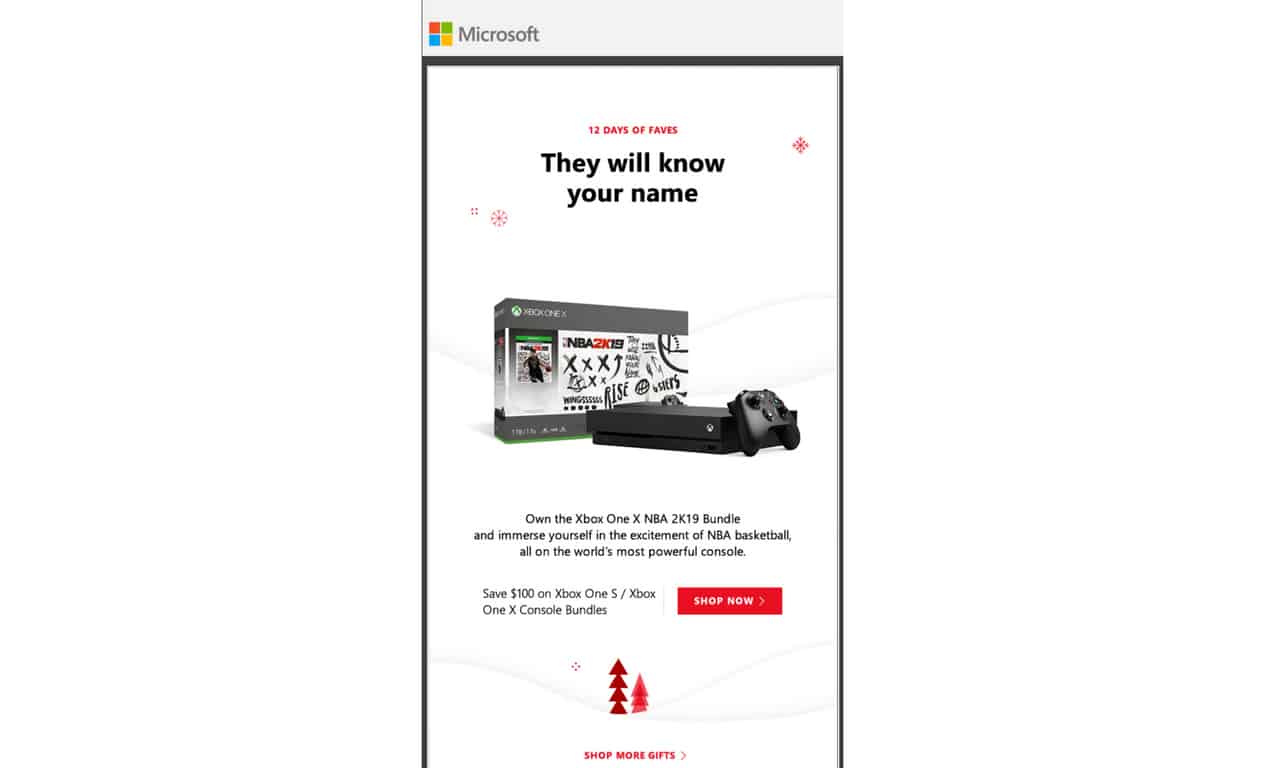 It should be noted that clicking on these images will just result in a broken link if an ad-blocker is enabled so such programs or extension should be disabled before clicking on them. These emails also seem to be limited to specific regions such as the U.S. and the credit is only valid for three months.

Have you claimed any gift certificates via a Microsoft email yet? Let us know in the comments below and then follow us on Pinterest for more Microsoft content.

Rumor: Microsoft could be looking to acquire Upwork