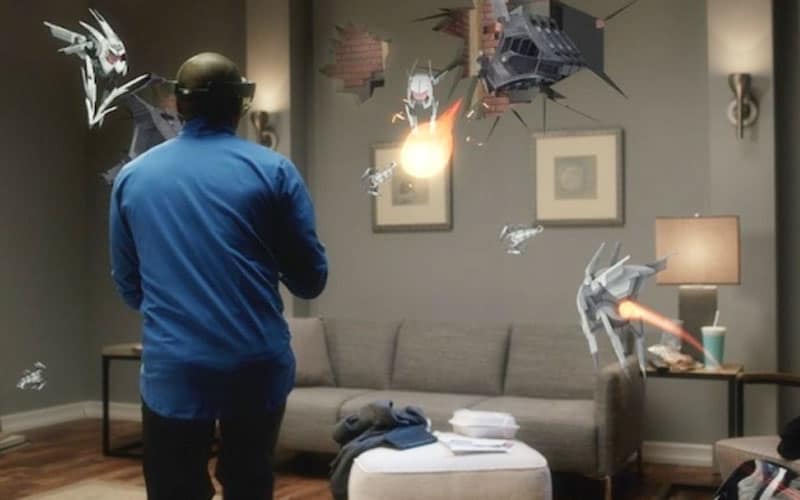 Microsoft's HoloLens was one of the more futuristic products that Microsoft introduced at Build 2015. They've continued to update the augmented reality device and demoed the HoloLens game-playing experience at their October 6 hardware event. Even though HoloLens is a long-term play, with Microsoft CEO Satya Nadella pushing its timeline to release out five years or more, we can't help but be excited to see the innovation progress.
Microsoft's investment in the technology doesn't stop with the hardware and software itself, however. As the company announced on the Windows Blog, Microsoft funding academic work to maximize the technology's potential, and they've awarded some recipients the cash to delve more deeply into what HoloLens can accomplish.


Five institutions and research teams will receive $100,000 and a pair of HoloLens Development Edition devices as part of Microsoft's HoloLens Academic Research Grant Program. The response has been encouraging, and Microsoft had a bit to say about the kind of research the technology is prompting.

The submissions exceeded our expectations, not only in volume but in the diversity of institutions and the quality of the proposals. We were blown away to observe such creative, compelling and promising academic applications for HoloLens across art, medicine, visualization, education and more. From leveraging HoloLens to correct for visual impairment to mobilizing mixed reality in the classroom for trade-based education, the submissions truly capture the spirit of the program and point to the scope of what’s possible with Microsoft HoloLens.

Here are the winners and runner-ups:

We received some additional info from one of the winners, Clackamas Community College, on how they'll be using the grant award goodies:

The Clackamas Community College, Digital Media Communications Program (DMC) was awarded a $100,000 and two HoloLens developers kits via a research grant that will help create HoloLens-enabled Augmented Reality Development curriculum for students in the Clackamas County/ Portland area. Ultimately the grant will create a mixed reality platform and toolkit for trade-based distance learning via the HoloLens. Initially, we will be working with the CCC Automotive Department to create an engine repair lesson based in an augmented reality module.

And so, not only will HoloLens be integrated into the college's existing curriculum, but augmented reality will enable a new generation of distance learning options. That's pretty exciting stuff.
We'll be keeping our eye on the development of the HoloLens platform. In the meantime, it's great to see Microsoft funding the kind of basic research and development that will maximize the technology's potential.

How Azure Search thrives off of customer obsession