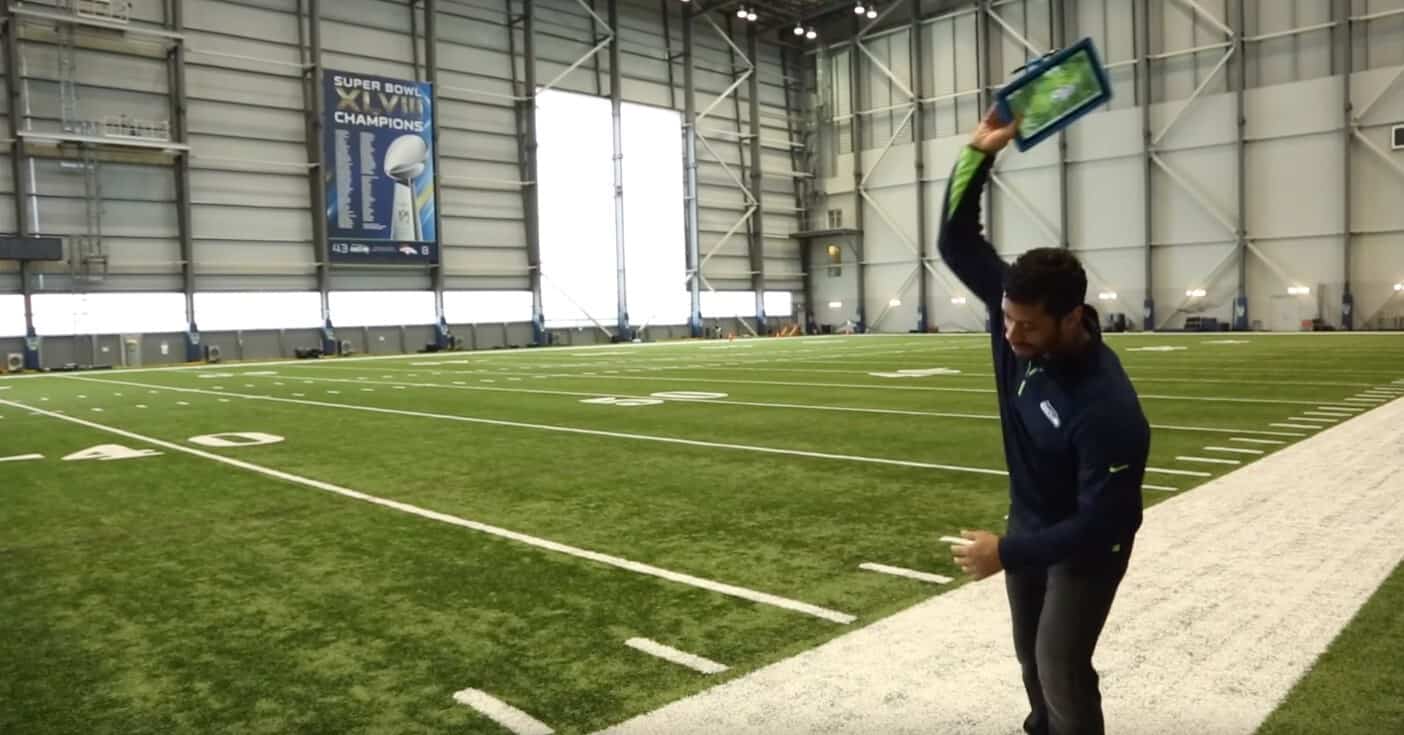 For anyone mildly interested in the National Football Leauge or the Seattle Seahawks, it should come as no surprise that the league and the team are fans of Microsoft's wares.

Last year, Microsoft entered into an extended partnership with the NFL to continue to showcase its titular 2-in-1 tablet PC the Microsoft Surface during games and network analysis shows and hometown favorite the Seattle Seahawks recently boosted the devices cache during an in-game celebration.

During the Seahawks win over the Minnesota Vikings during primetime Monday Night Football coverage, quarterback Russell Wilson was caught mic dropping the Surface in celebration.

While average circumstances would have most people cringing with angst as a potentially $800 plus device was so haphazardly dealt with, Wilson's drop only bolsters Microsoft's marketing message about its durability.

Through bungled marketing efforts, Microsoft has continued to pound the drum of its Surface devices reliability and durability over its five year deal with the NFL and Russel's confident drop further solidifies that message.
For the past five years, Microsoft has developed in partnership with the NFL a newly ruggedized version of the 2-in-1 that was designed to withstand extreme weather conditions and impacts, as is found during an average season in the league.

Last nights Surface drop comes at the end of a relatively decent year for the Surface hardware where the division's revenue rose 14 percent over last and brought in $1.18 billion for Microsoft.

People are buying the Surface, and anyone who works in a warehouse, construction site or outdoors may want to find the versions Wilson was using last night.