As we continue to cover the Designed on Surface campaign, we’re starting to see an artistic trend develop. Microsoft’s decision to combine the power of a full PC with the portability of a tablet is benefiting artists who specifically create in the wild.

Meet Pablito Zago, an Avignon, France native whose creative yet playful street murals were impressive enough to not only catch the eye of the Surface team, but were allowed to be displayed in the heart of the city as well. Using his Surface Pro 4, Zago was able to plan his streetside works of art and play with lines and color palates all without expending any extra money on resources. According to Zago, the use of the digital canvas has afforded him the ability to “really play with colors and transparencies, things that I can’t do directly on paper.”

Furthermore, the Surface’s capacity to compact creative suites such as Adobe Photoshop in a semi-tablet form allows Zago to untether from his desk when attempting to scale his images or capture glimpse of natural inspiration. As for Zago’s finished works, a trip along Avenue Georges V in Paris will reveal a wall-sized mural created by his spray can artistry.

Perhaps more important is where the mural is located, as it aligns paths with the famous Avenue des Champs-Elysee. Zago’s mural alongside a block-long wall in plain site is a testament to ability and the city’s acceptance. 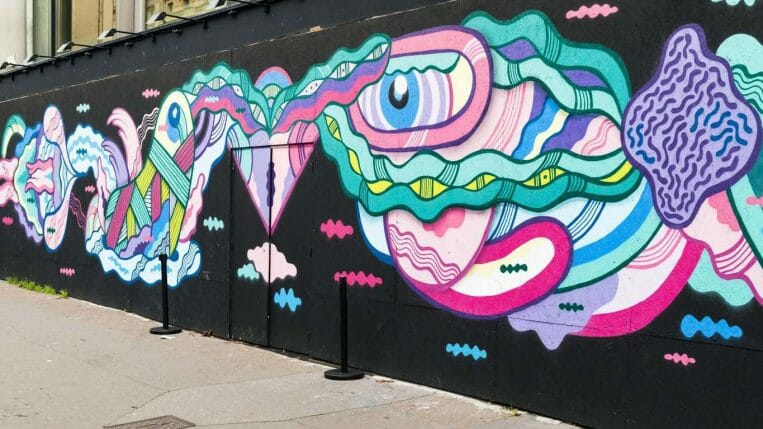 For his second largest piece, Zago became daring and decided to spruce up the 870 square meter front-face of Microsoft’s France offices that resides in France. The Microsoft building in Paris holds over 9,300 total square meters of potentially open canvas to Zago, but his clear focus and use of his Surface Pro 4 to test out and scale his work helped him hone in on the most efficient way to display a new mural. 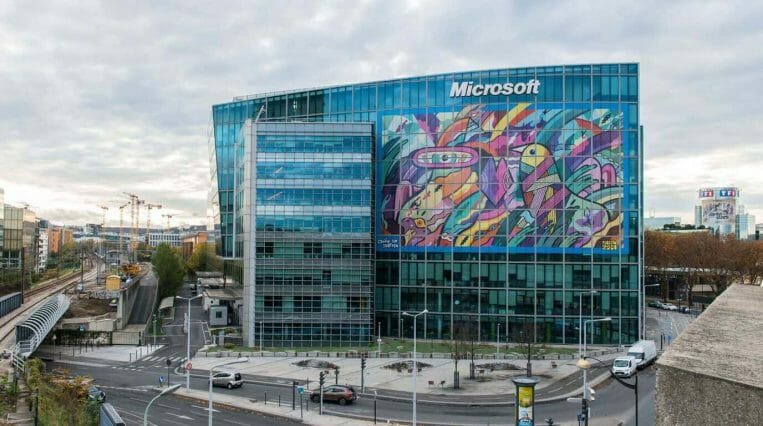 The bird-inspired art piece almost looks fitting and professionally considerate thanks to Zago’s masterful command of paint and spatial awareness.

Once again, the Surface team has stumbled across another niche use case of its products and allowed that story to be the marketing pitch for its wares. No celebrities, no catchy dubstep, and no choreographed dance routines are standing in the way of what the Surface is capable of, and users are creating with it.

Keep it locked here to see what else the Surface has helped to create.