Back in January, Microsoft announced new text formatting capabilities for Microsoft Forms to make it easier for users to design professional-looking surveys and quizzes. This update is currently rolling out to all Office 365 subscribers, according to the Microsoft 365 roadmap.

The new formatting experience will let users bold, italicize, or underline any text content in Microsoft Forms. This should make it easier for business education users to emphasize and differentiate content to make sure that people understand it. This feature will put the quizzing tool on par with all other Office 365 products. 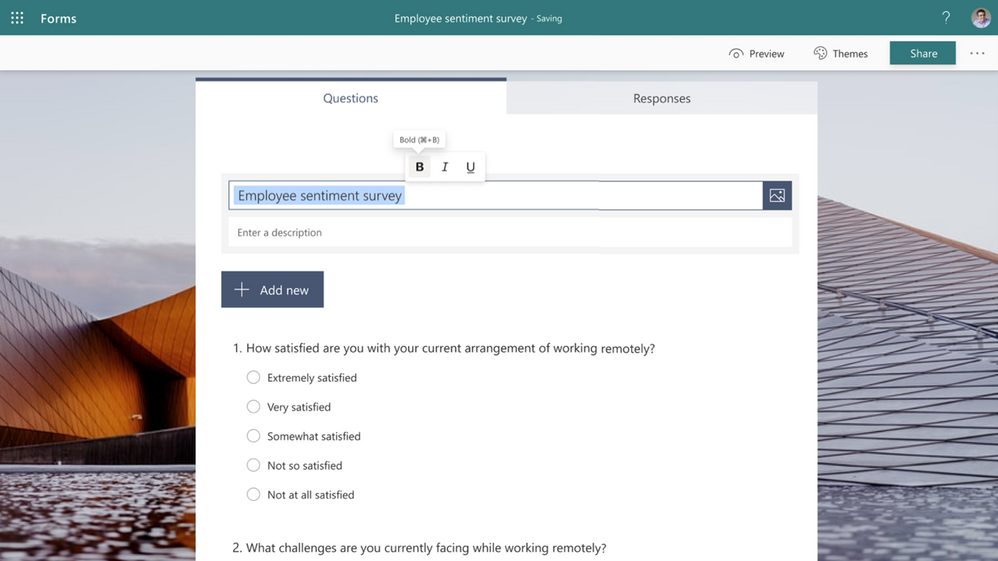 To try out this feature, open the quiz or form you want to edit. Highlight the text in the title or questions, and finally choose the underline, italics, or bold option from the floating toolbar. Users can also format text by using the following keyboard shortcuts:

Microsoft says that this feature is enabled by default for all Microsoft Forms users. However, it’s going to be a gradual rollout over the next few weeks, and the deployment is expected to be complete in late May. Let us know in the comments down below if you have already spotted the formatting options on your PCs.