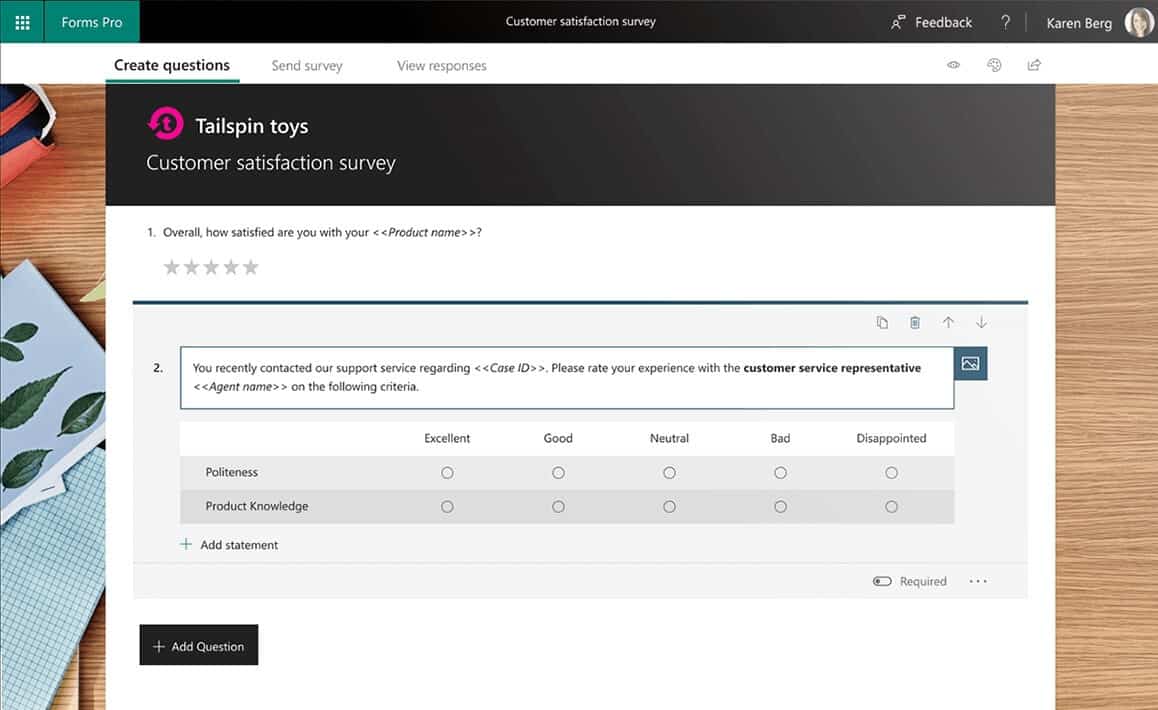 It was available as part of Office 365 Education subscription; however, the tool was later opened up for other commercial customers. Microsoft Forms allowed for real-time responses and offered automatically generated charts.

In a Microsoft Dynamics 365 blog post, the company has revealed that it will be soon introducing a new Microsoft Forms Pro service – another intelligent business application in its ecosystem that brings data insights to life, in this case, marketing engagements across customer touchpoints, lead generation activities, et al.

Microsoft claims that this enterprise-grade survey and analytics solution will make it easy to set up and configure surveys and allow you to trigger surveys around specific. The tool will identify sentiments automatically and analyze feedback for impactful insights.

A Microsoft spokesperson has shared that Forms Pro will be the enterprise version built on the same codebase as Forms. While the website of Microsoft Forms Pro - formspro.microsoft.com - is live already, the service will be available in public preview this spring, expectedly as part of the company’s Dynamics 365, Office 365, and Microsoft Power Platform offerings.

How to reinstall Windows 10 to a new hard drive