Microsoft Forms gets more useful for educators with these new updates 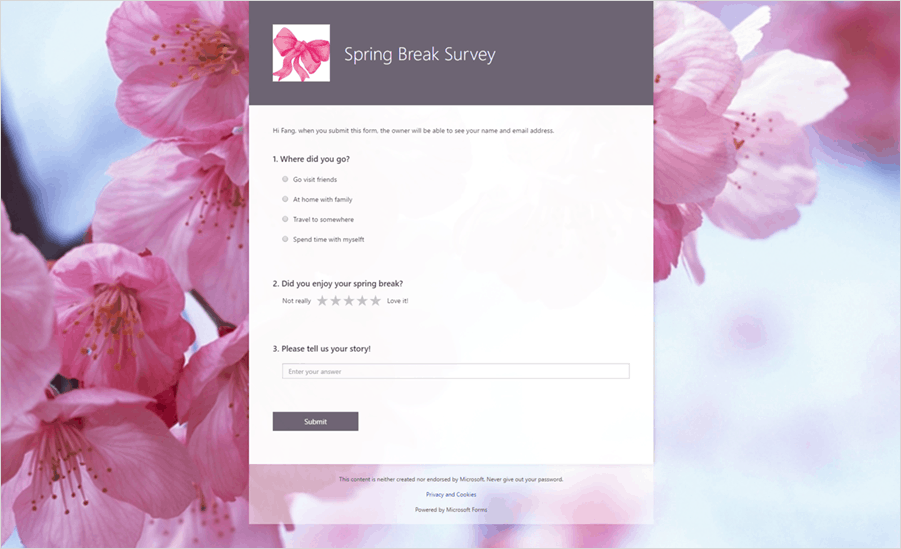 It seems educators are still a major demographic for Microsoft as evident by their continued support and development for classroom use. Today, the Office 365 blog announced that teachers will enjoy three new features available for Microsoft Forms and even a new integration for educators using OneNote.

In an effort to build up the already useful Microsoft Forms, commonly used for tests, quizzes, and polls, the Office team has released these useful additions:

While these additions are a welcome addition to Microsoft Forms, they pale in comparison to the added ability to embed forms into OneNote Online. While it might appear simple, the ability to create quizzes and integrate them into a OneNote Class Notebook will help teachers compile quizzes and results all in one place, a feature that educators have been begging for.

To embed a form into OneNote Online, go to the Insert menu, click Forms, and select a form from the list.

These are just another example of how UserVoice has been important in the development of Microsoft software. If you have feedback for Forms, don’t hesitate to share your opinion. Who knows what the next feature might be?