A couple of months ago, Microsoft announced during its Edge Summit that Windows 10 version 1803 (aka Redstone 4) would bring full support for Progressive Web apps. Today, the company shared an important update about its plans to make Progressive Web Apps “first-class citizens” on Windows 10.

As a reminder, Progressive Web Apps (or PWAs) are web apps that work just like native apps: they’re wrapped in an .appx container, they can work offline and send push notifications. PWAs can also work on a variety of devices including phones, Xbox One consoles, Windows Mixed Reality headsets and more. Microsoft really insisted that PWAs will be full-featured apps, and consumers shouldn't notice any difference:

PWAs installed via the store will appear in “app” contexts like Start and Cortana search results, and have access to the full suite of WinRT APIs available to UWP apps. They can differentiate their experience on Windows 10 with enhancements like access to local calendar and contacts data (with permission) and more. 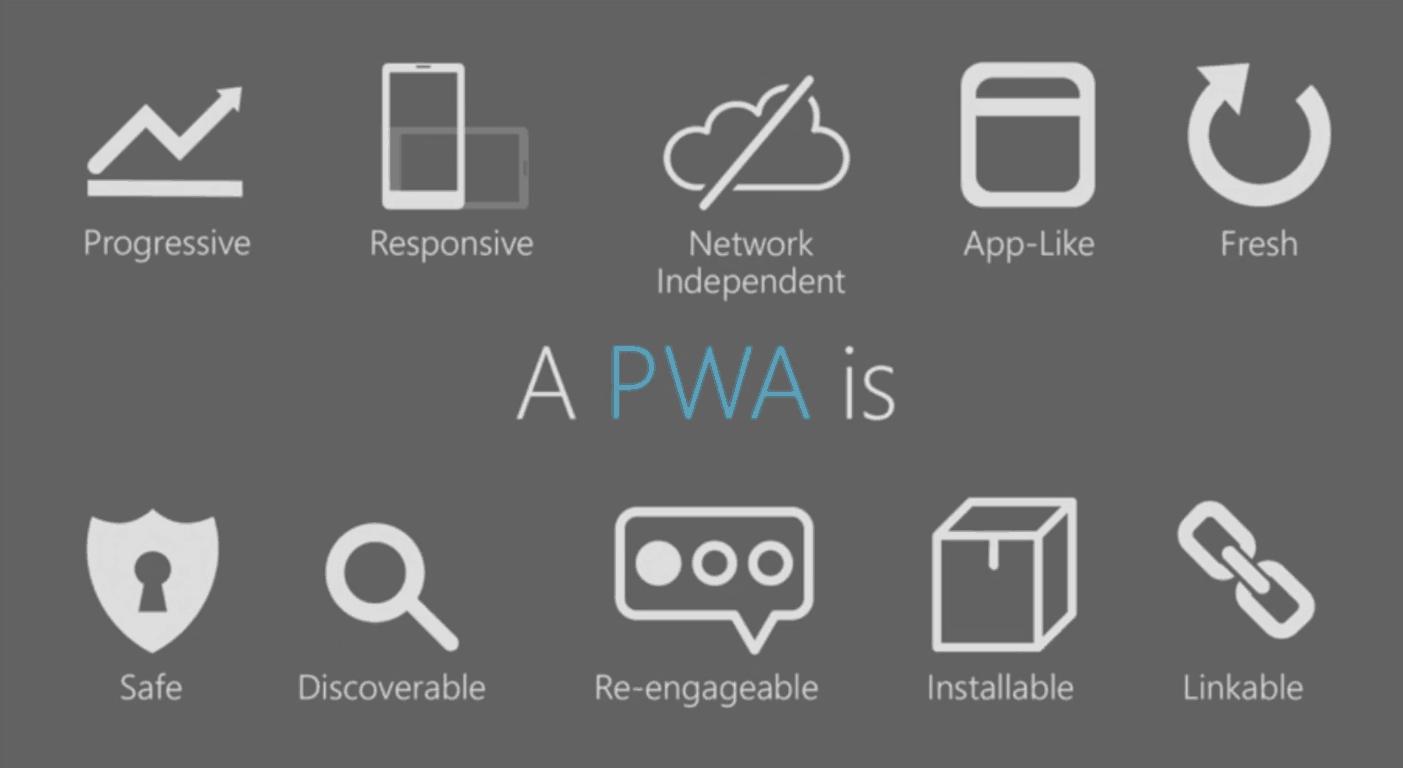 In the latest Windows 10 Insider builds, Service Worker, Push notifications, and other web technologies allowing Progressive Web Apps to work on Windows 10 are already enabled by default. This means that developers can now start testing their PWAs in Microsoft Edge, and the company will start listing PWAs in the Microsoft Store once Windows 10 version 1803 is out.

As a matter of fact, the Redmond giant is encouraging developers to submit PWAs to the Microsoft Store. Developers can do so using PWA Builder, a free tool takes data from a website to generate an AppX that developers can then manage in their Dev Center account, just like any other UWP app.

But in case developers are not ready to play along, Microsoft will also automatically index “selected quality Progressive Web Apps” in the Microsoft Store. “We’ve been using the Bing Crawler to identify PWAs on the web for nearly a year, and as we’ve reviewed the nearly 1.5 million candidates, we’ve identified a small initial set of Progressive Web App experiences which we’ll be indexing for Windows 10 customers to take for a spin over the coming weeks,” the company explained.

PWAs should really help to bring more quality apps to the Microsoft Store, but Microsoft insist that this isn't the end for native UWP apps. "For developers who are building a fully-tailored UWP experience, building from the ground up with native technologies may make the most sense," the company explained. "For developers who want to tailor an existing web codebase to Windows 10, or provide a first-class cross-platform experience with native capabilities and enhancements, PWA provides an on-ramp to the Universal Windows Platform that doesn’t require demoting or forking existing web resources."

Microsoft offers OneDrive for Business free with a switch from Dropbox, Box, or Google