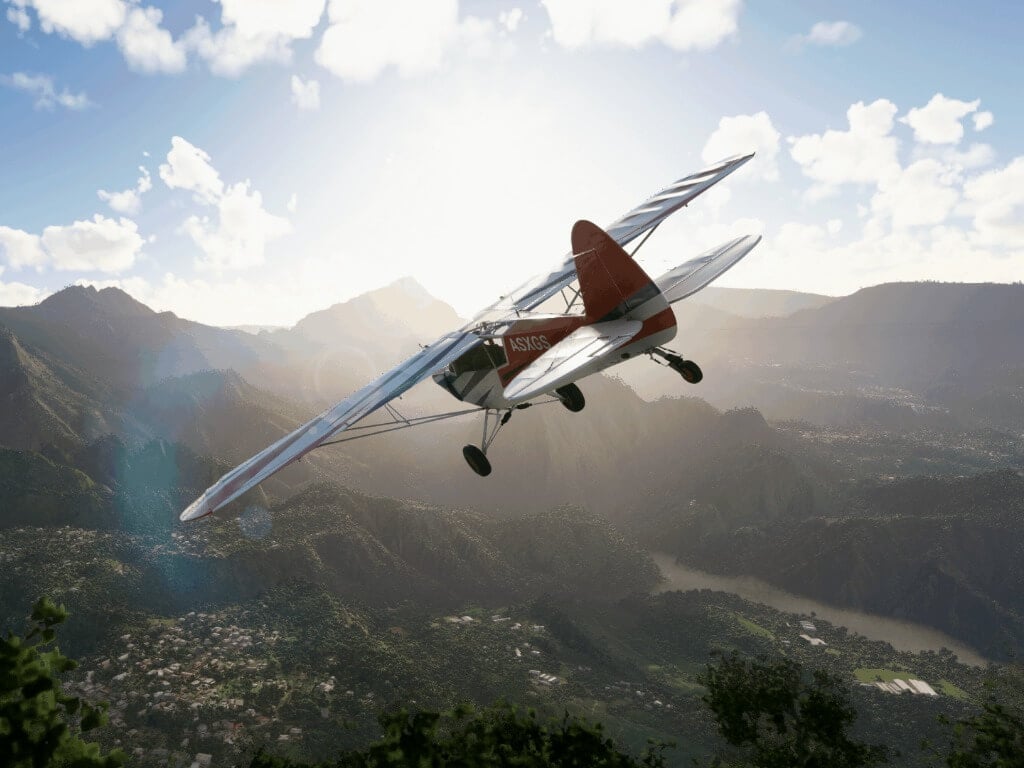 Microsoft Flight Simulator Game of The Year Edition is now available as a free update on PC and Xbox Series X|S consoles. This free content update adds 5 new aircrafts to the game, 8 handcrafted airports in Central Europe and the US, as well as new Photogrammetry cities.

The list of new aircrafts include the VoloCity, a prototype urban helicopter from German company Volocopter. "This is our first aircraft that can perform pinpoint landings and is a teaser of what you can look forward to in 2022 when we intend to launch helicopters in the sim,” developer Asobo Studios explained.

The free GOTY update for Microsoft Flight Simulator also introduces new Discovery Flights and tutorials, as well as an updated weather system. PC gamers can also test an early implementation of DirectX12, and the game is also now compatible with VR controllers.

In addition to this free content update, the Reno Air Races: Expansion Pack and Reno Air Races: Full Collection are available today for purchase in the Microsoft Flight Simulator marketplace. This new online multiplayer experience will let simmers compete with each other using 40 unique, officially licensed and carefully modeled planes.

The base Microsoft Flight Simulator game is free to play with Xbox Game Pass for console and PC, and the game is also coming to Xbox Cloud Gaming in early 2022. Along with Forza Horizon 5, Microsoft Flight Simulator is probably one of the best-looking games you can play on Xbox Series X|S consoles today, and developer Asobo Studios plans to support it with content updates for the next 10 years.

Microsoft Edge is getting a new price tracking feature