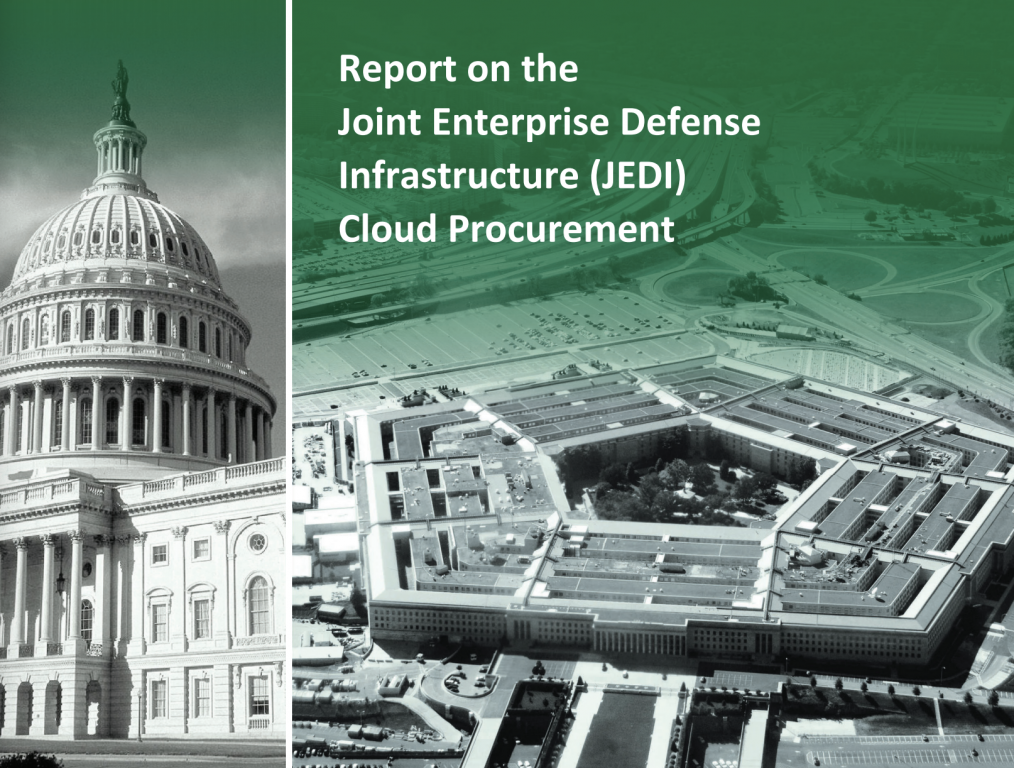 Earlier today, we released an article that confirmed that the Department of Defense's Office of the Inspector General found that Microsoft had been awarded the JEDI contract correctly and the award was done consistent with standards of the DoD.   Since the release of the report, Microsoft's Frank Shaw has responded to news of the report.

“The Inspector General’s report makes clear the DoD established a proper procurement process. It’s now apparent that Amazon bid too high a price and is seeking a do-over so it can bid again. As the IG’s report indicates, Amazon has proprietary information about Microsoft’s bid that it should never have had. At this stage, Amazon is both delaying critical work for the nation’s military and trying to undo the mistake it made when it bid too high a price”. – Frank Shaw

In the statement, Shaw references details in the Inspector General's report that stipulates that Amazon Web Services used Microsoft's proprietary information in their lawsuit improperly.  The report outlined how upon receiving Microsoft's confidential information, rather destroying the report as requested, 71 AWS employees including engineers, attorneys, and technical architects, reviewed the Microsoft documents in detail and used the contents of the documents in its Post-Award Debriefing questions. From the IG's report:

“It was unlawful for any unauthorized person, including competitors such as AWS, to posses[s] or use such information, even if inadvertently disclosed to that person,” and requested AWS to provide WHS with a statement describing all steps AWS took to mitigate the impact of the disclosure. The DoD provided AWS with detailed information regarding the strengths, weaknesses, and deficiencies of the Microsoft proposal, which is inconsistent with the DoD Source Selection Procedures Debriefing Guide.

Despite Amazon’s lawsuit in the courts, Microsoft and the Defense Department seem to be declaring vindication from the inspector general’s findings and will likely use it in response to the ongoing lawsuit.

Update: Microsoft continues to take shots at Amazon today, expanding their position in a full blog post at Microsoft on the Issues.  In the post, by Deputy General Counsel Jon Palmer, contends that Amazon bid too high, lost, and now it wants a "do-over." "It isn't fair," contends Palmer, "it's the opposite." He goes on to say:

Although Microsoft is currently blocked by an order from the court case filed by Amazon against the Microsoft award, it doesn't look like either the Penatagon or Microsoft are willing to back down. We'll continue to follow the situation as it develops, stay tuned to OnMSFT.com for all the latest on Amazon, the JEDI contract, and all things Microsoft!

NFL gets even cozier with Microsoft, using Teams for the NFL Draft