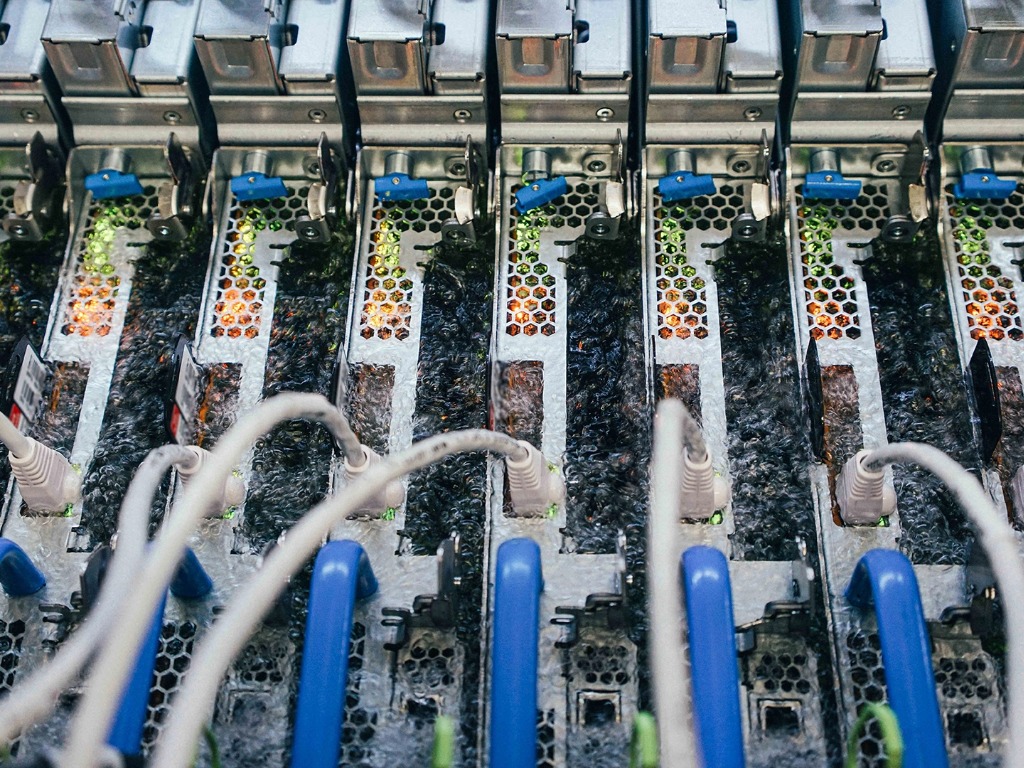 In recent years, Microsoft has been experimenting with new ways to cool its various data centers around the globe. In 2016, Project Natick saw Microsoft put a data center underwater inside submarine-like tubes, but the company may have found a simpler solution with immersing servers into cooling tanks.

“We are the first cloud provider that is running two-phase immersion cooling in a production environment,” said Husam Alissa, a principal hardware engineer on Microsoft’s team for datacenter advanced development. The current experiment takes place at one of the company’s US datacenters on the eastern bank of the Columbia River, and the results are already very promising.

If most data centers these days use air cooling to chill servers, the cryptocurrency industry has been leveraging liquid immersion for quite some time to cool chips that can get really hot. Microsoft has also been experimenting with liquid immersion for high-performance applications such as AI, and saw that power consumption for any given server could be reduced by 5% to 15%.

Compared to air cooling, liquid cooling has the advantage of allowing servers to run at elevated power without overheating. The fluid inside the tank boils at a low 112 degrees Fahrenheit (50° C), and Microsoft has built a closed-loop cooling system where the vapor changes into liquid after getting in contact with a cooled condenser in the tank lid. The result is a technology that could eventually make the process of running servers more environmentally-friendly.

The cooling coils that run through the tank and enable the vapor to condense are connected to a separate closed loop system that uses fluid to transfer heat from the tank to a dry cooler outside the tank’s container. Because the fluid in these coils is always warmer than the ambient air, there’s no need to spray water to condition the air for evaporative cooling, Alissa explained.

Microsoft, together with infrastructure industry partners, is also investigating how to run the tanks in ways that mitigate fluid loss and will have little to no impact on the environment.

Microsoft is still in the experimenting phase right now with its partners designing the couch-shaped tank and the engineered fluid that goes inside it. In the coming months, the software giant plans to perform a series of tests to see if its technology is actually viable.  “If done right, two-phase immersion cooling will attain all our cost, reliability and performance requirements simultaneously with essentially a fraction of the energy spend compared to air cooling,” said Ioannis Manousakis, a principal software engineer with Azure.