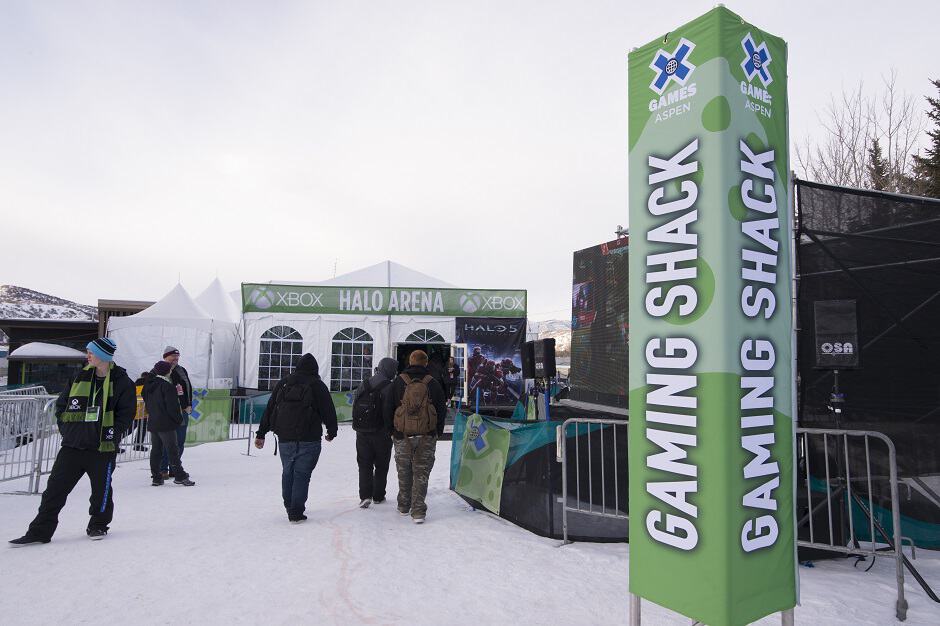 eSports have been a prickly category for many to wrap their heads around. While many in the gaming community have a relatively decent understanding of its presence and place in competitive arenas, some businesses are still struggling to capitalize on eSports’ potential for marketing and exposure.

Fortunately, the folks over at Microsoft are continuing to develop a healthy relationship amongst gamers involved in the eSports arena. Over the past weekend, while many were glued to high-flying feats of skiers and snowboarders during the Winter X Games, Microsoft and its Halo eSports teams were participating in the Halo World Championship Tour: X Games Aspen Invitational 2016.

Set against the same backdrop as the ESPN Winter X Games, Halo teams from around the world met in Colorado for a chance at a portion of the $30,000 (US) prize money as well as receiving a legitimate X Game Gold, Silver and or Bronze medal. That’s right, eSport competitors were crowned with an actual X Games medal, identical to the snowboarding and skiing athletes of the X outdoors games.

Thanks in part to Microsoft’s Xbox division collaboration with the ESPN X Games, both sectors of the competition were treated with relatively equal weight and merit, further legitimizing a swelling arena of competition.

As the X Games played out over the week, ESPN viewers were also treated to the riveting world of the Halo World Championship that included such drama as:

Would European teams Epsilon eSports (UK) and PENTA Sports (DE) be able to make a dent against the historically stronger North American teams? Would long-time veteran Brett “Naded” Leonard finally get his first win at a major in-person event with Team Allegiance? Could Tyler “Ninja” Blevins get his revenge against Team Liquid after they dropped him? And finally, would Evil Geniuses be able to recover after the loss of fellow teammate and champion Tony “Lethul” Campbell Jr. to their arch-nemesis Counter Logic Gaming?”

At the end of it all, an X Games gold medal grudge match between Evil Geniuses and Counter Logic Gaming would determine who walked away with a majority stake of the $30,000 pot of money, and X Games gold medal as well as the Halo World Champion for the year.

With some healthy trash talk exchanged prior to the matches, both CLG and Evil Geniuses came out swinging. CLG took the early lead by winning a close Capture the Flag match on Fathom. In response, Evil Geniuses came roaring back in game two on Truth Slayer, with team captain Eric “Snipedown” Wrona earning top marks in score, damage and accuracy. Game three would be another strong Evil Geniuses victory – only CLG’s Bradley “Frosty” Bergstrom, another standout newcomer to professional Halo, was able to come out positive. CLG came back to form, winning games four and five and positioning the team to win the tournament in six. However, Evil Geniuses was able to force the series to go the distance, narrowly winning game six on Plaza Strongholds. Game seven would be on Regret Slayer and through solid teamwork alongside strong performance by Hamza “Commonly” Abbaali, another youthful newcomer to Halo, Evil Geniuses would ultimately come out on top and win their share of the $30,000 prize pool and X Games Gold at Aspen!”

With Microsoft leveraging the popularity of Halo into giving traditionally indoor gamers actual X Games medals, it’ll be interesting to see how the world of eSports continue to evolve, especially with regards to mainstream adoption and fandom.