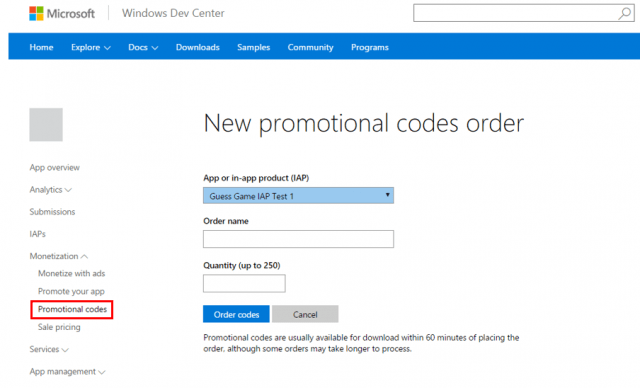 Developers are allowed to generate up to 250 codes every six months for apps and in-app purchasing. The codes work on all Windows Phones, Windows 8, and Windows 10. The codes expire after six months, and developers are not allowed to sell promotional codes according to the Microsoft App Developer Agreement.

Here’s how the whole process works.

What do you think of Microsoft’s new promotional codes feature in the Dev Center? Let us know what you think could make this new feature better and more effective in the comments down below.