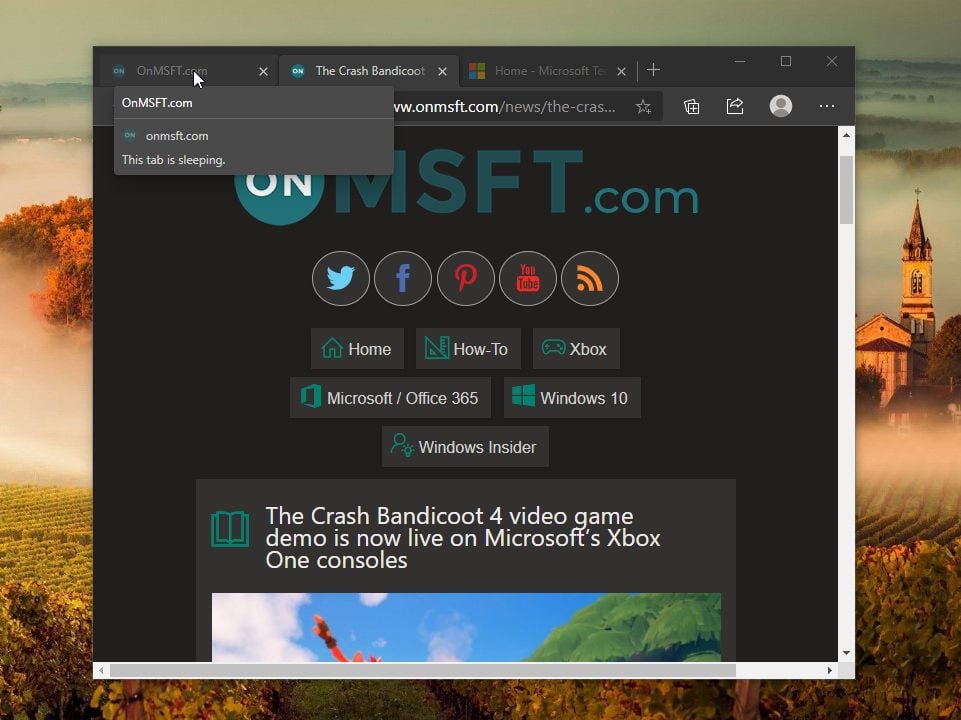 Back in September Microsoft started testing a feature in Edge Canary which allowed users to freeze tabs in the background when not being used. Now a couple of months later, the feature is now seeing a rollout to the Beta channel, too with Edge version 88.

According to Microsoft, this feature helps deliver on the Edge browser's world-class performance. Users should also see better speed and responsiveness, too. To be more precise, memory usage can be reduced by 32% on average. Battery life is also improved too, as in Microsoft's tests, a sleeping tab uses 37% less CPU on average than a non-sleeping tab.

Be aware, though, that seeping tabs in Microsoft Edge will make tabs “go to sleep” only after 2 hours of inactivity. This is to free up resources for active tabs, new tabs, and other applications on your device. You should see a "fade" on the tab when it is asleep, and you can click it to bring it back to life. Related settings for this can be found by entering edge://settings/system in the URL bar.

There are some improvements coming to the Beta channel for Sleeping tabs, too. There's a new option to put tabs to sleep after 5 minutes of inactivity. There are also new group policies to manage sleeping tabs and improved visual treatment to solidify which tabs are sleeping without a distraction.