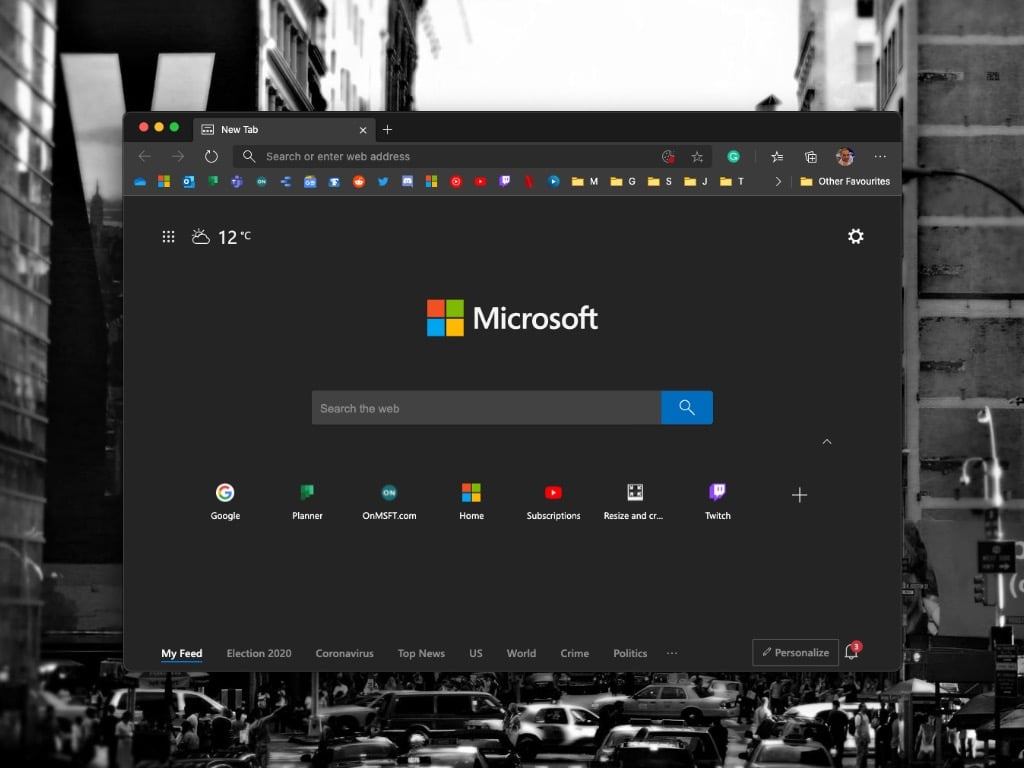 Apple has just released its first MacBook Airs, MacBook Pros, and Mac Minis powered by the company’s own M1 chips, which provide much better performance per watt compared to Intel-based Macs. These new Apple Silicons Macs are capable of running all existing Mac apps thanks to Apple’s new Rosetta 2 emulator, though app developers are invited to recompile their apps for the new ARM version of macOS Big Sur.

Microsoft is one of the early supporters of the Mac’s transition to Apple Silicon, and Office for Mac will be one the first professional suite of tools to run natively on Apple Silicon Macs. Microsoft’s new Edge browser is also expected to follow soon, with the Edge team confirming on Twitter yesterday that support for Apple’s ARM-based M1 chip was in the works.

M1 support is in the works, stay tuned 😊

Microsoft has already recompiled its Edge browser for Windows 10 on ARM PCs earlier this year, so it’s not surprising to see the team now doing the same work for ARM-based Macs. Apple plans to transition its whole Mac line to its own Apple Silicon chips over the next two years, so all Mac developers will ultimately have to recompile their apps so they can run natively on these new Macs. In addition to Mac apps, the new Apple Silicon Macs are also capable of running iPhone and iPad apps, which is going to significantly expand the Mac’s app ecosystem.