Microsoft Edge is getting some refinements in Windows 10 Creators Update

Marvin has been at his top game today, and has tipped us with his sharp observations multiple times today already. At the Windows 10 event in NYC today, he has spotted changes to the Microsoft Edge browser.

Microsoft Edge has stayed pretty much unchanged in terms of UI since it’s release over a year ago. But this might change soon with the Windows 10 Creators Update, and as these images suggest, some new and unique features may be on their way to Internet Explorer’s successor that made debut with Windows 10.

The first image picked up from the event shows a new tab preview UI. It looks a lot like the old Windows 8.X Internet Explorer tab previews, and that is a good thing.

The next image, also taken from the event, shows a new feature that is about ‘setting tabs aside’. It appears to be an improved ‘History’ page but it could be something more evolved as well. 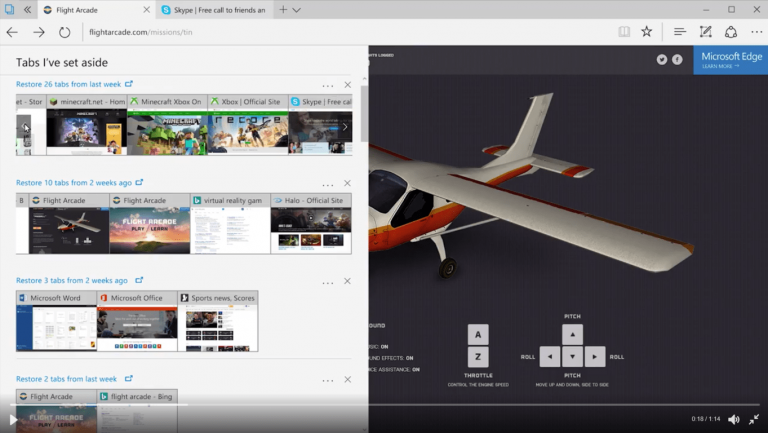 We might see what this feature really is in the coming weeks as Microsoft releases new builds to Windows Insiders. Stay tuned for more coverage from the event!