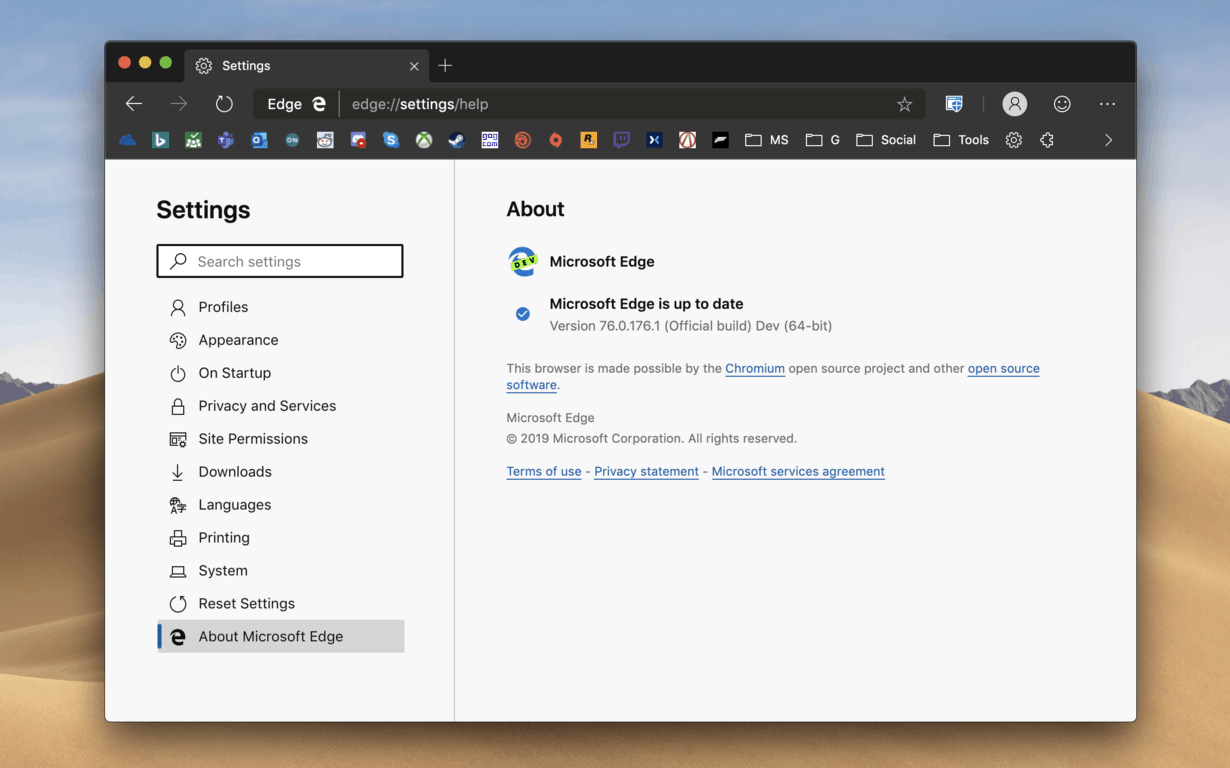 Microsoft has released a new update for the Edge Insider Dev Channel. The build 76.0.176.1 fixes several bugs in the new Chromium-based browser, and this new version also increases the height of the rows in the address bar dropdown.

Microsoft also announced today that the Dev Channel is now officially live on macOS. As a reminder, the Dev channel is on a weekly release cycle, while the Canary channel gets new updates almost every day.

📢Microsoft Edge is now live on our Dev branch for macOS! Download the Dev branch and read about all the latest updates at the link below.📢https://t.co/0FG1Gr5nJw pic.twitter.com/LLMmcnBwmN

A Beta channel for the new Edge Insider browser is also coming soon on Windows 10 and macOS, and this new branch will get new updates every six weeks. In the meantime, we remind you that it's entirely possible to run the Canary and Dev versions side-by-side on your PC or Mac.