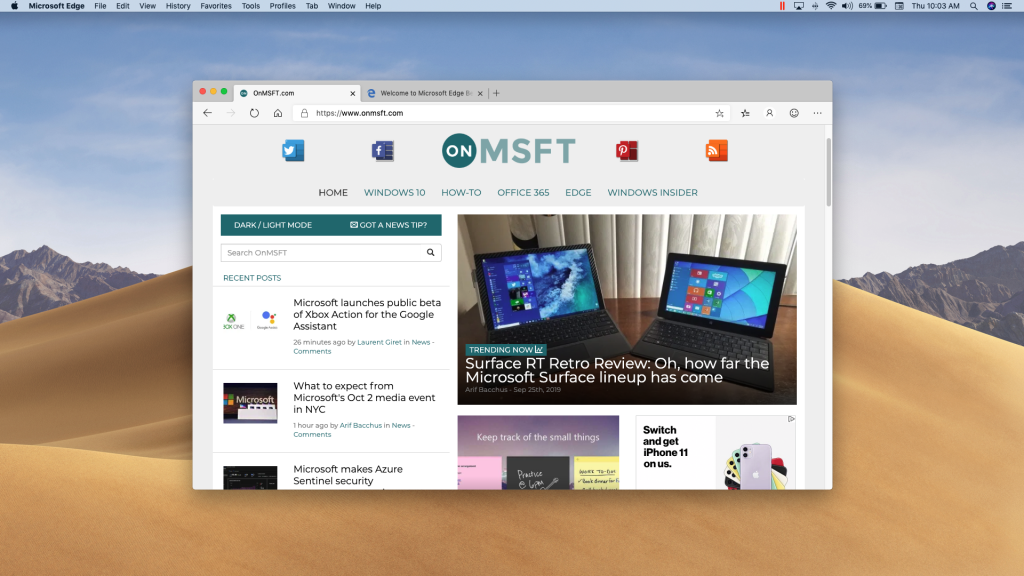 Microsoft has updated the Beta build of Microsoft Edge—the first since the channel was opened for Insiders just a little over a month ago on Windows and macOS. Microsoft has pushed a handful of new features in the new update to improve the overall experience and make the browser feel closer to complete, in addition to the typical security and performance improvements.

For those who are already on the Beta channel, perhaps the most noteworthy change that most will notice is the new favorites button. Users will be able to access their favorite webpages much more easily from the cascading menu that expands after a click or tap.

Additionally, Microsoft has finally enabled autofill synchronization of passwords and form data between Windows devices as well as Macs. The company says it’s working on bringing this to its apps for Android and iOS in the future.

And for those privacy enthusiasts, Microsoft has also enabled tracking prevention by default. This means only the websites you visit directly will gain access to your online data by default, instead of third parties from within those sites.

If you’re interested in giving those new features a shot, you can download the latest update of the Beta channel straight from the Microsoft Edge Insider page. Be sure to tell us what you think in the comments area below.