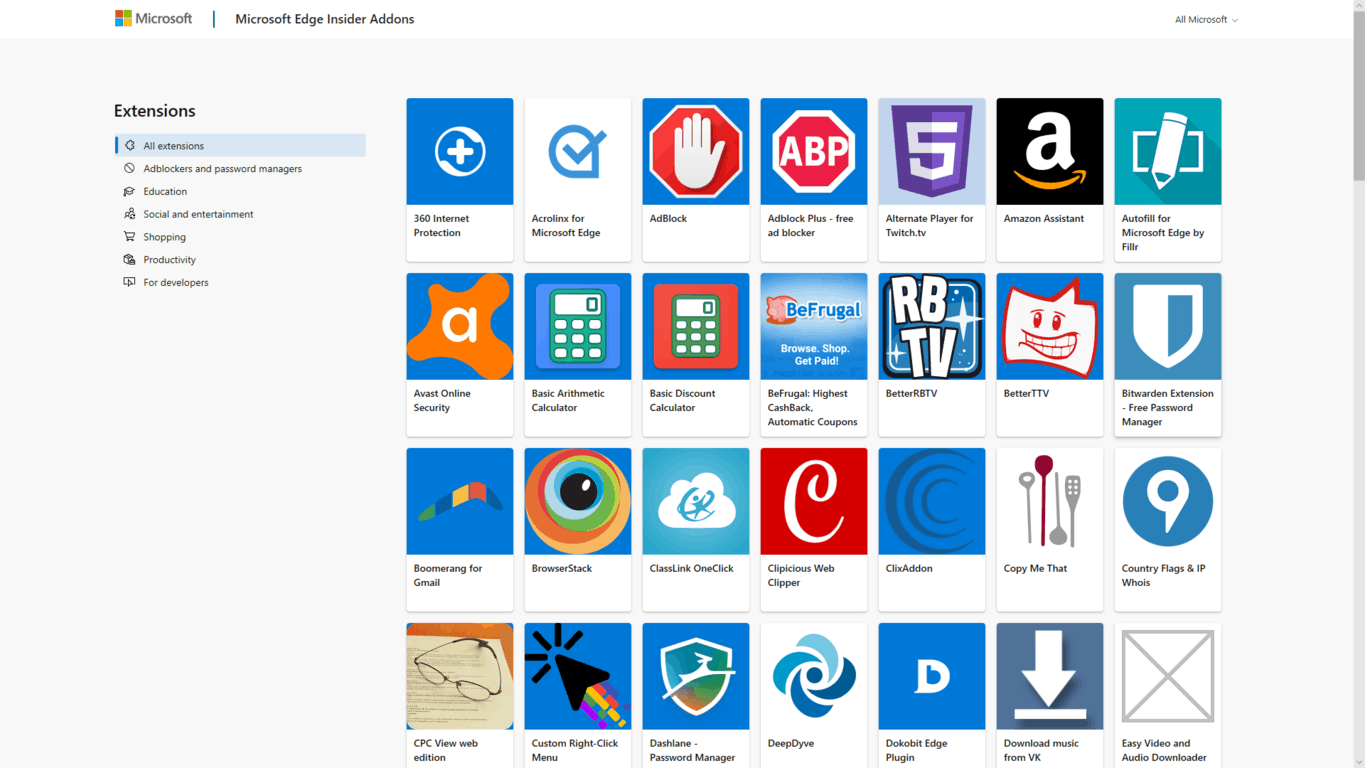 The Microsoft Edge Insider addons webpage is back online today, making for a quick way to obtain new extensions for the upcoming Chromium-based browser. The web page was available for a brief period last week, although the Redmond giant was quick to remove it shortly after it was spotted.

Interestingly, Microsoft also appears to have expanded the list from when it was last available, which appeared to have totaled 82 extensions before it went offline. That number has grown to 113 by our more recent count, suggesting the company is hard at work to quickly bring the new browser to Insiders who signed up to preview it.

We've already seen the Microsoft Edge Insider extension make its way to the Microsoft Store, which allows users on the old Edge to easily stay up to date as far as announcements, issues, and updates for the three development channels (beta, dev, and canary) the browser will run on. Now that the Extensions page for the new Edge is back online, it seems the public preview should be out anytime now.

For those who are not quite sure what to expect, we also got our own hands on impressions for the new web browser, which is currently being rebuilt to support the same web rendering engine as the widely-adopted Google Chrome. If Microsoft can pull this off, it could give users less have a reason to download Chrome, as the new Edge will be held to the same web standards as that of Google's browser.

How to work with Storage Spaces in Windows 10