Microsoft Edge Dev Comes to Android Skip to content
We're hedging our bets! You can now follow OnMSFT.com on Mastadon or Tumblr! 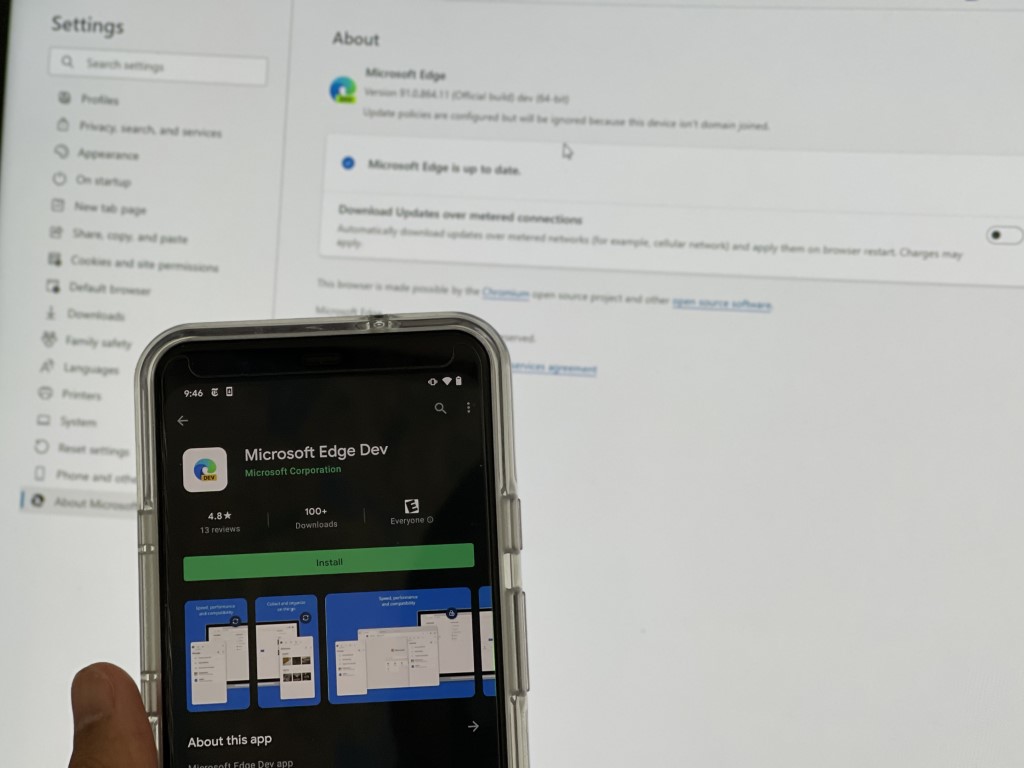 Microsoft is making progress in unifying the code of its Edge Browser across all the different platforms. A few weeks after the Canary version of Edge landed on Android, the Dev version of the browser is now available for download on Android, too (via Techdows.)

The version of Edge Dev currently available for download on Android lines up with the desktop counterpart at version 91.0.864.11. This should not be a surprise, as Microsoft announced at Ignite that it wants to bring together the desktop and mobile versions of the browser and even port desktop features to mobile, too.

It is all a big step towards making the browser more modern, as the current stable version of Edge on Android is still stuck at version 46, many releases behind. Right now, there aren't many new features available in this version of Edge Dev on Android, but you can experiment with the edge://flags page to try and find what's new. 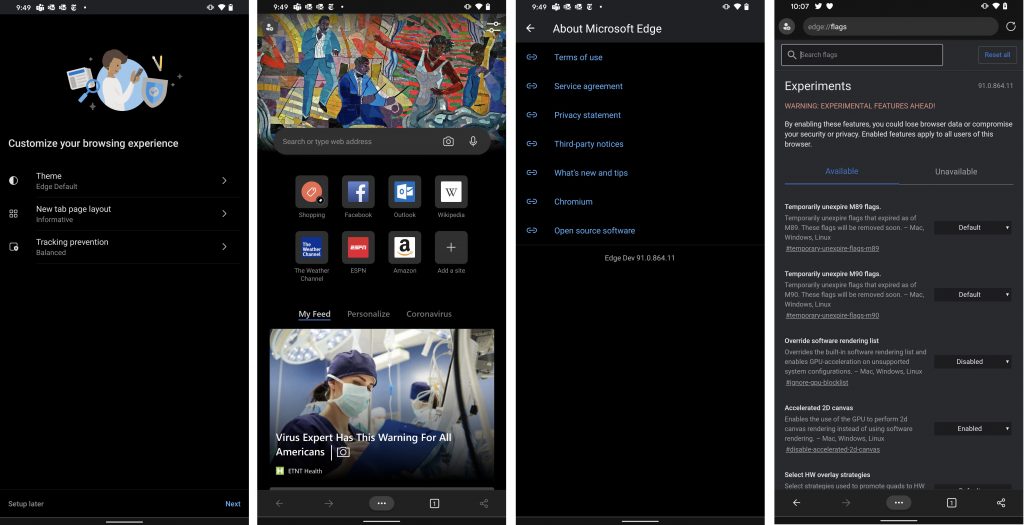 Again, it's nice to see the Edge Team push out mobile versions of both Edge Canary, as well as Edge Dev, giving the public more chances to test new versions of the browser. It still might be a while until the mobile versions catch up to the desktop version in terms of features, but it's great to see this progress anyway.

No word yet on when Edge Canary or Dev versions of Edge will come to iOS, but it probably might take some time. Unlike on Android where Microsoft can just submit a new app to the store, these work-in-progress apps on iOS requires the use of Apple's Testflight app. Microsoft also needs to ensure that Edge on iOS stays on the WebKit engine, too, as this is another Apple requirement.

At any rate, check out Edge Dev on Android below, and let us know what you think in the comments.  Perhaps you might be able to do some tweaking and come across new features? Happy downloading, Edge Insiders!