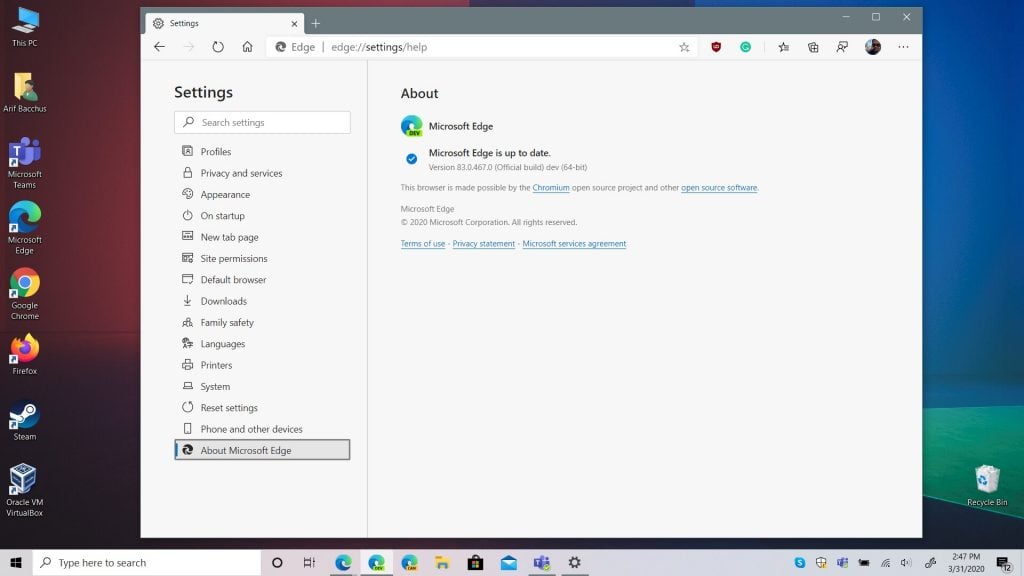 Just four days after the launch of the last update, Microsoft has pushed out a new Edge Dev release. Coming in at version 83.0.467.0, Microsoft says that today's update should bring the release schedule for the Dev channel back on track. It delivers some fairly minor tweaks to the download management page and comes with the usual improvements, reliability, and fixes.

The only added feature in this release is the ability to resume a download from the Downloads management page. There are also some reliability improvements, relating covering watching protected videos, and using the Collections and Tracking Prevention features. Have a look at these below:

As for changed behavior and known issues, these cover inactive tab colors, the Favorites bar, and more. Some of these can be seen below. We'd also like to remind you that the favorite duplication, Edge windows becoming all black, and wobbling when scrolling problems still persist.

In case you missed it, Microsoft also said today it will be resuming usual updates for Edge Stable, despite its previous announcement of a delay. You can expect Edge 81 to be released in the stable channel come early April, falling in line in Google Chrome 81. You also can expect to see some new features for Edge very soon, ranging from vertical tabs, Smart Copy, and a new Password Monitor.