Microsoft has released the build 97.0.1069.0 for the Edge Dev channel, which brings an interesting change to the way the Edge Bar works. Most Edge users are probably not familiar with it, but the Edge Bar is a desktop Edge widget that lets users access Bing search and get news and weather updates without opening the full browser.

With this latest Edge Dev update, the Edge bar can now be pinned as a persistent sidebar on the web browser. To do this, users will need to click the pin icon available in the button right corner of the screen (as shown below), and the Edge bar will appear as a vertical column that you may or may not find very useful. 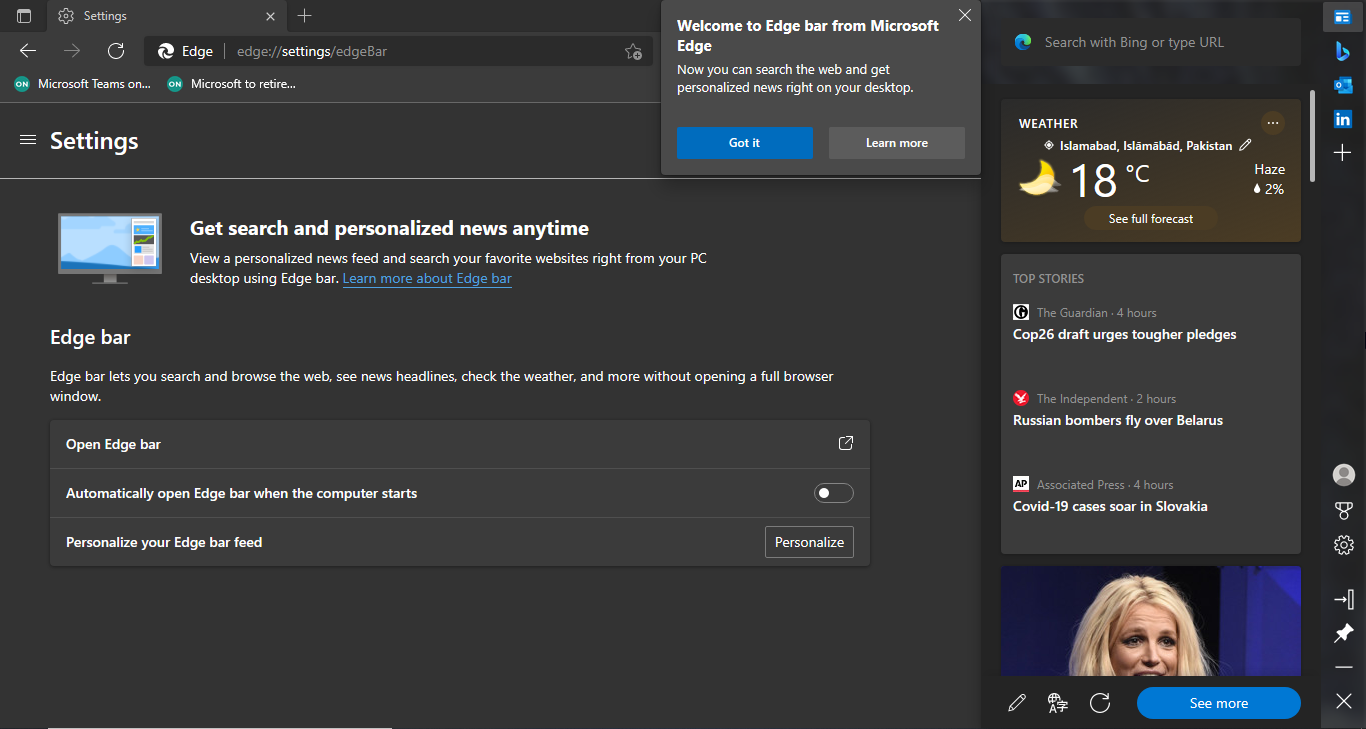 Additionally, Microsoft has also enabled a dedicated Extensions menu in the toolbar by default that offers a more organized way to manage the installed extensions in the browser. This new Edge Dev update brings the ability to register the browser as a handler for XML files in Settings. There are also some management policies updates to control Screen Capture, Edge Discover, and more.

The latest Microsoft Edge Dev build brings plenty of reliability improvements and changed behaviors, and you can check out the full list of feature updates below:

The Edge Insider team also announced that it’s planning to release the last Edge 97 build next week, and there might be some delay before this version heads to the Beta channel due to the upcoming holiday season. “Additionally, we’ll be taking some time off from these announcements during December, so there will be some releases during that time that we won’t be talking about, but they’ll still be happening,” the Edge Insider team explained.