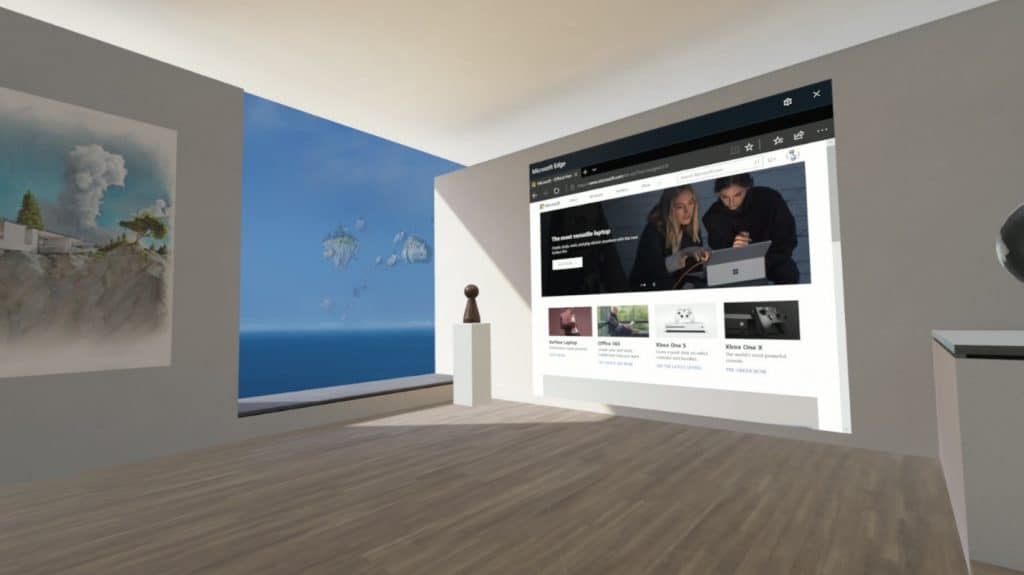 That’s good news, as Microsoft has made Edge the first stable browser to be able to support VR (virtual reality). Now, you can view 2D websites, manage your favorites, and more all from the comfort of your Windows 10 Mixed Reality headset. Even if you are browsing the web in Edge on your Windows 10 desktop, you can switch to your VR headset and continue browsing the web if you want. Since Microsoft Edge is built on the UWP (Universal Windows Platform), you can use Edge along with the 2,000+ Windows Mixed Reality apps available in the Microsoft Store.

If you are a developer interested in learning more about how this added WebVR API will help you, there is extensive documentation available online. Otherwise, stay tuned to OnMSFT for more information on Windows Mixed Reality headsets and more on the Windows 10 Fall Creators Update release on October 17, 2017.