The Microsoft Edge app updated to Version 44.6.1 this week for Apple’s iOS devices such as the iPhone, iPod touch, and iPad.

This latest update contains the expected bug fixes and performance enhancements but the main change is the addition of a new read aloud feature that allows the app to read web pages to the user.

The read aloud feature has been available on the Windows 10 Microsoft Edge app for a while now so its addition to the iOS app doesn’t come as too much of a surprise. The app’s release notes also includes a reminder for Edge Insiders telling them that they can now sync settings between the mobile app and the PC one.

Thanks for using Microsoft Edge! Read aloud (English pages only) is available with this update. This release also includes general bug fixes and performance improvements.

Do you use Microsoft Edge on your iPhone? Let us know if you’ll be using this new read aloud feature in the comments below and then follow us on Twitter for more Microsoft app news. 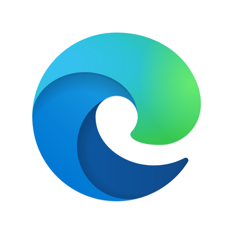