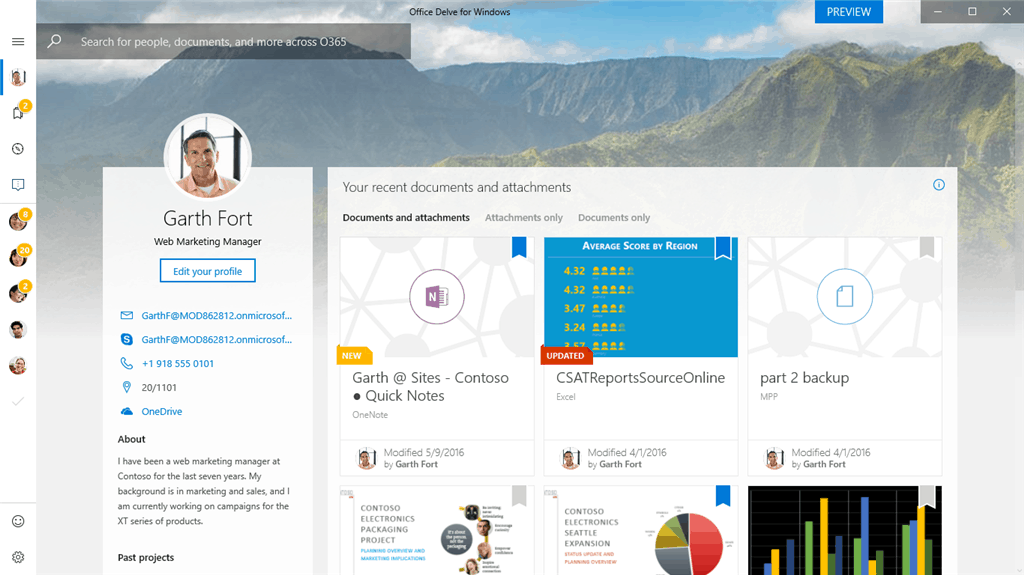 Delve, the Office 365 data visualization and discovery tool that incorporates elements of social networking and machine learning, recently was removed from the Windows 10 Store. Noted by ZDNet, it turns out that Microsoft is planning on replacing the app by integrating Delve into the Windows 10 taskbar search.

“As we announced at Ignite, we continue to enhance the search and discovery experiences across Microsoft 365. As part of this, we’re focusing our efforts on the Windows taskbar search experience which includes content and people inside your organization, as well as content on your local device, and on the rich web search experience including Delve and other search bars within Office 365.”

Combined with Microsoft looking to make Cortana more like Apple’s macOS Spotlight feature, and Cortana soon supporting searching contacts and emails, it’s apparent that Microsoft is looking to revamp the way searches work in Windows and Office 365. Definitely interesting, so best to keep tuned for more in the months ahead.